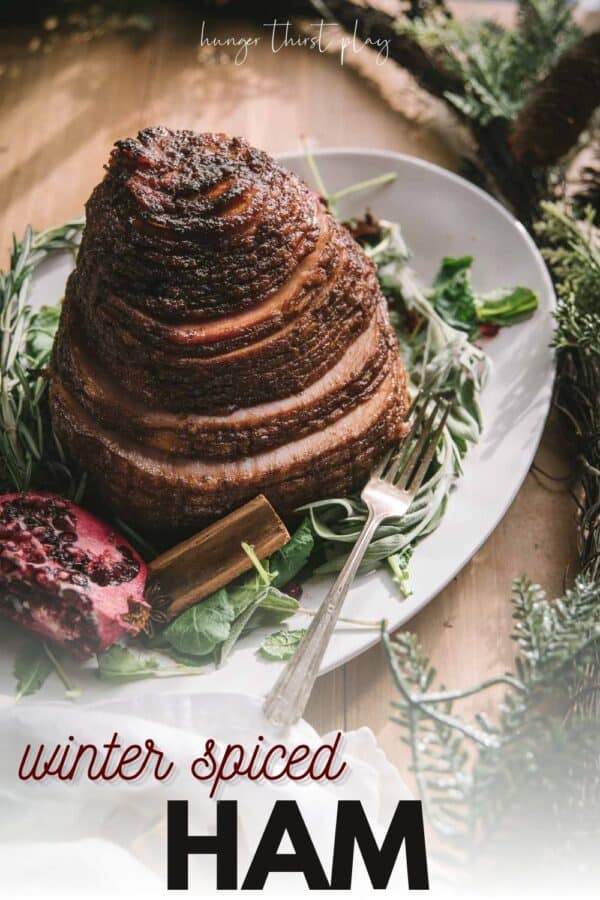 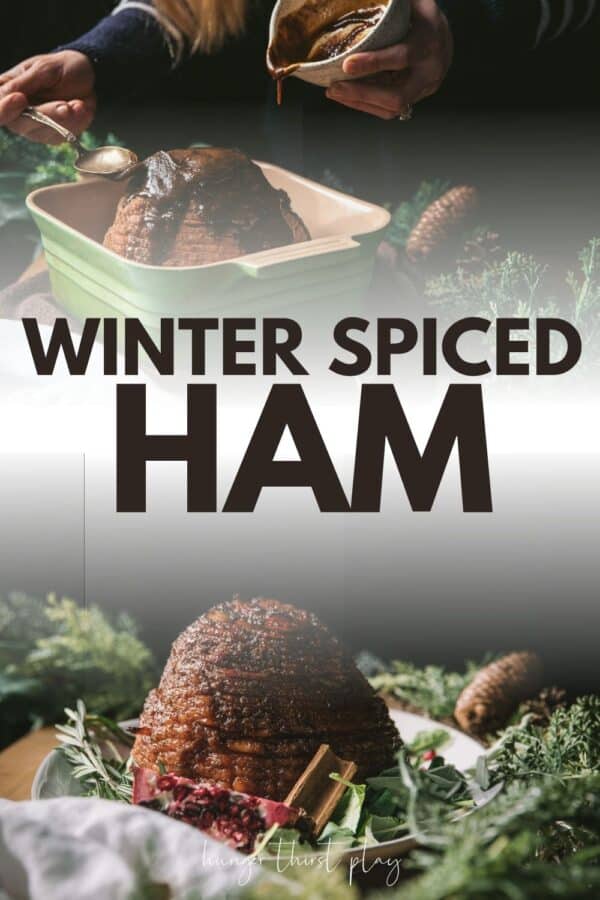 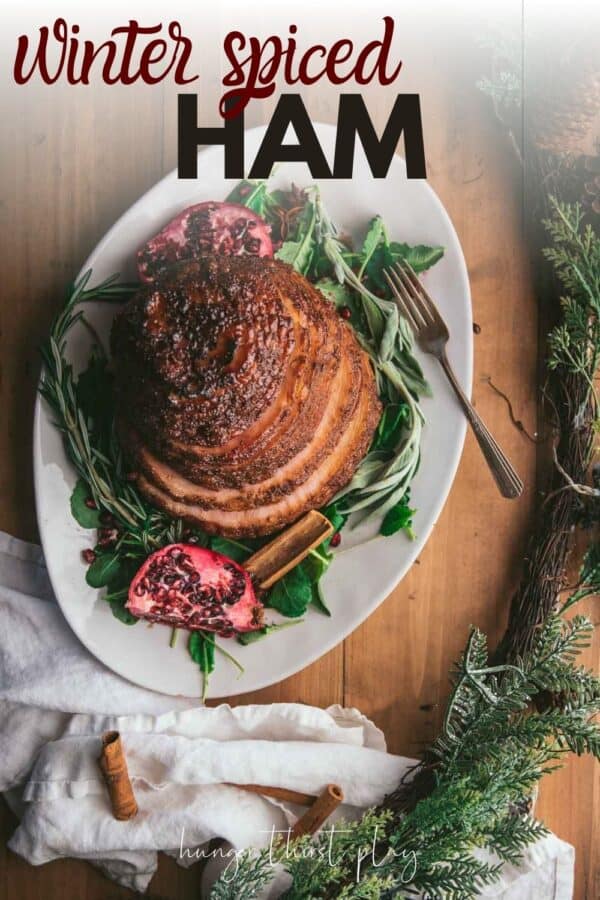 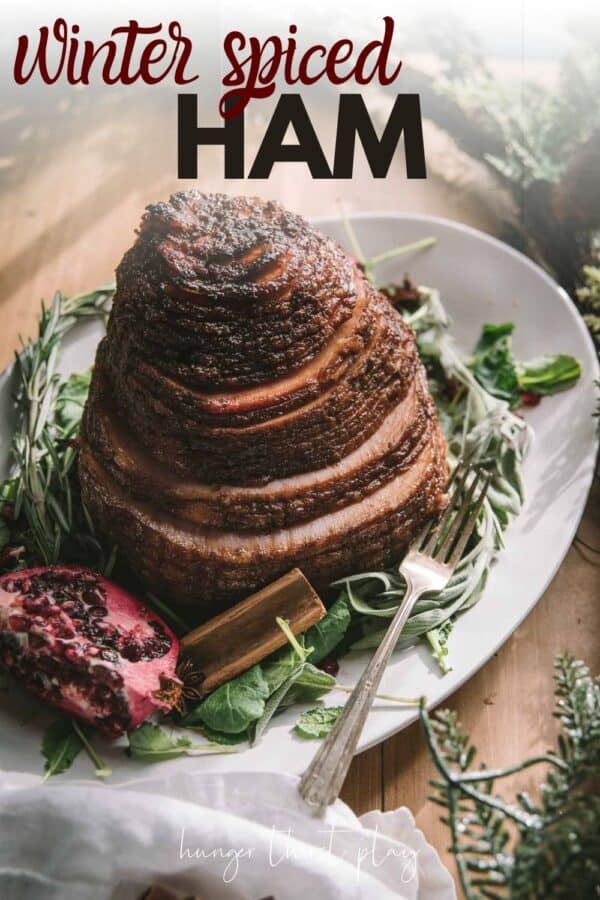 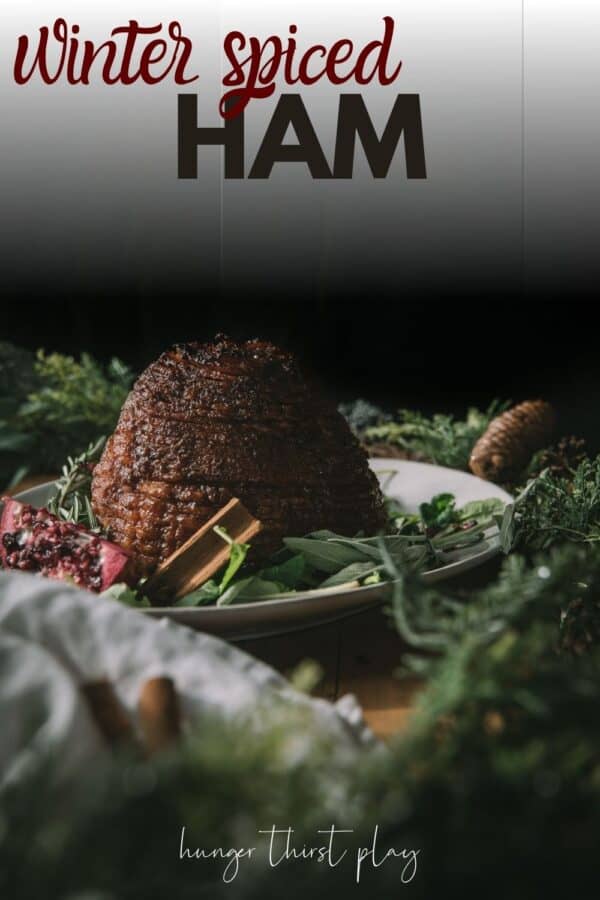 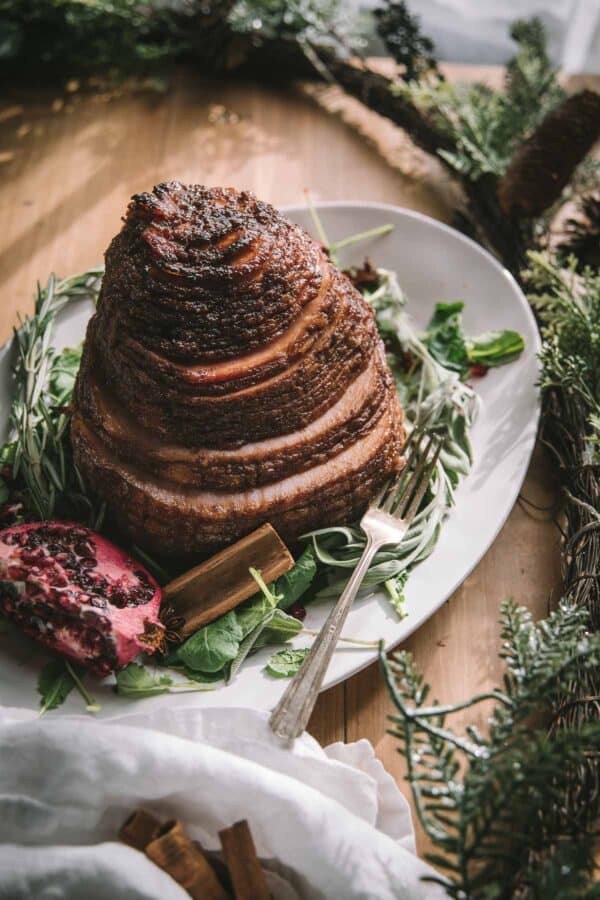 Get dinner in the oven so you can actually enjoy the holiday instead of working over the feast all day! This beautifully spiced holiday ham fits the bill for a low effort, high-quality main dish!

Just the right amount of spice (clove, ginger, cinnamon) and sweetness (brown sugar and molasses), and oh boy, that perfect crunchy caramelization on the outside. It’s my favorite part! 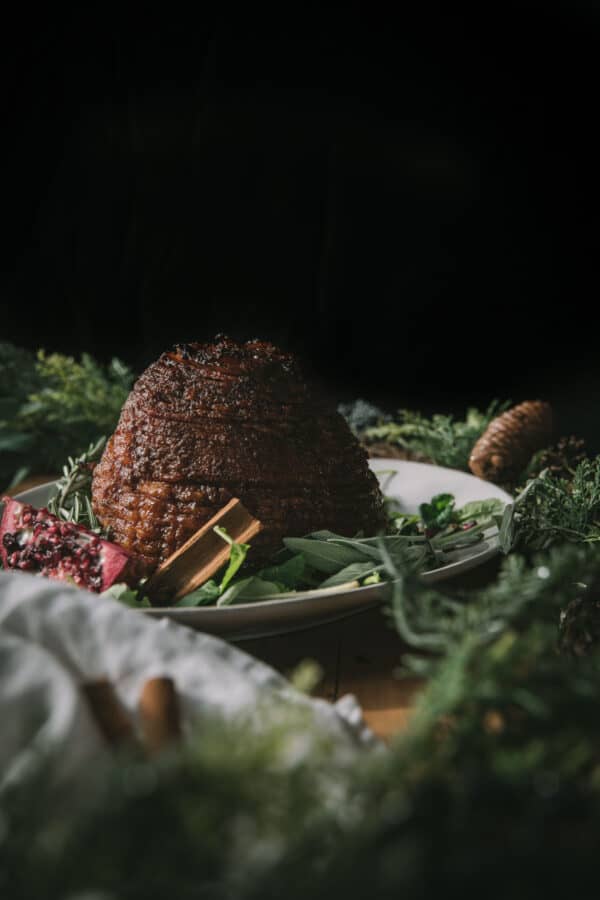 It’s seriously low maintenance. The ham is already cooked, you just need to heat it to 140°F with a little water in the pan so it stays nice and tender and doesn’t dry out. 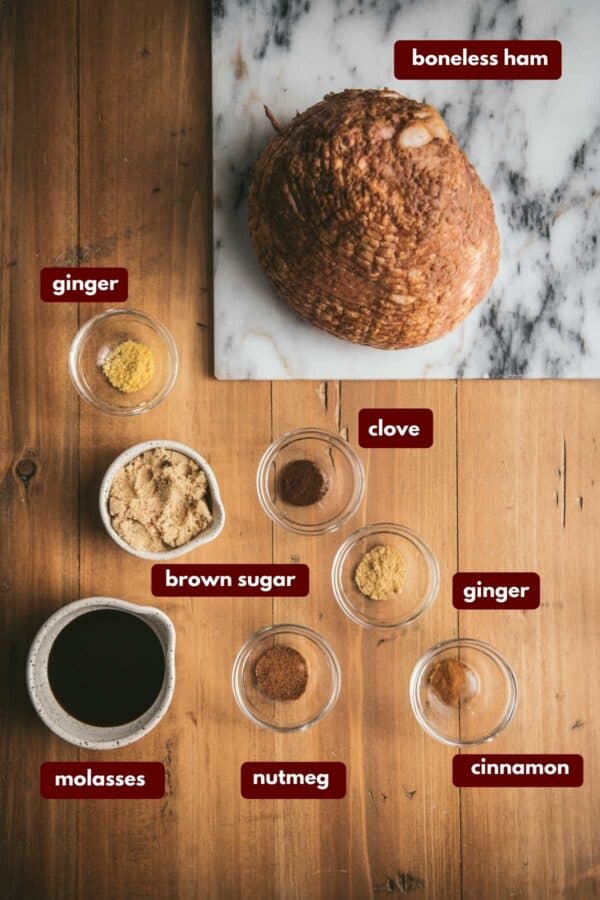 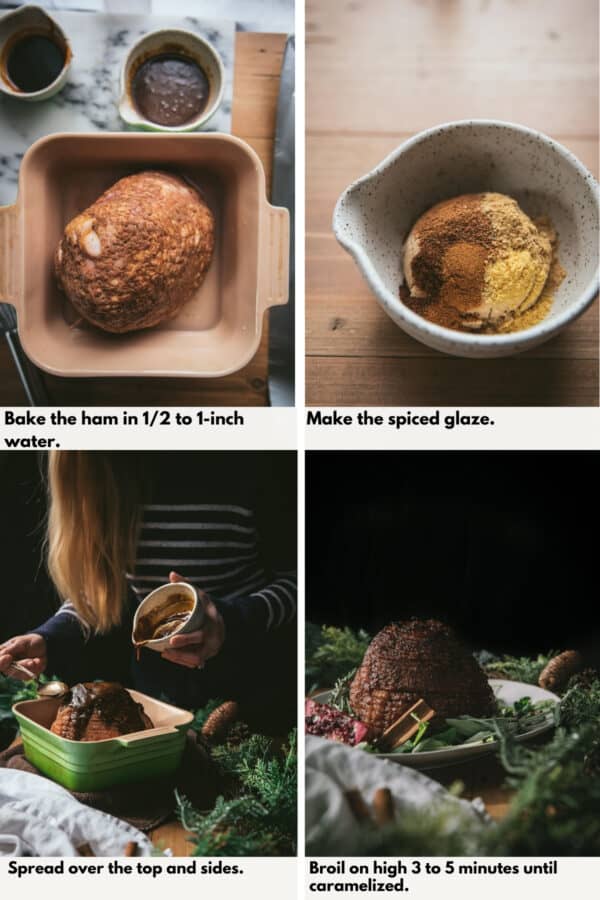 What kind of ham should you use?

My go-to is boneless, spiral cut because all you have to do is put it on the serving plate once it’s done. Easy peasy. You can also use a bone-in ham if that’s your jam! You may need to up the size because you’ll get fewer servings due to the bone.

When do you glaze the ham?

After it’s done cooking because it’s just a quick broil! You want to make sure the ham has reached an internal temperature of 140°F then it’s time to glaze! You’ll also want to drain most of the water from the pan. You can use a turkey baster or measuring cup. 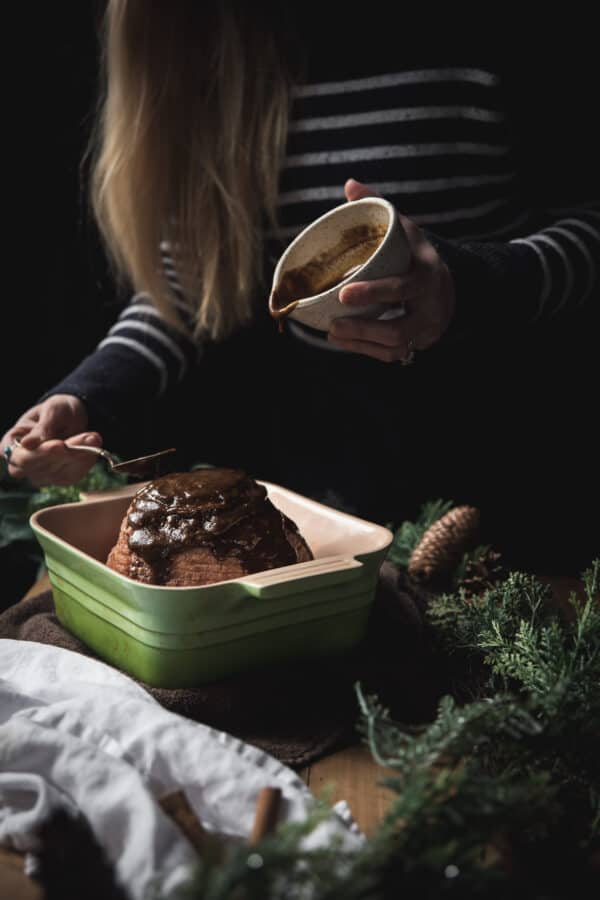 This glaze is really thick so pour it over the top of the ham and then spread it over the sides with the backside of a spoon.

Switch the oven to broil. Depending on the height of your ham, you’ll want the rack in the middle to the second-lowest position. The game should be close enough to the broil element so that it caramelized the sugar without burning it. This will take about 3 to 5 minutes depending on your oven.

Can I still make this ham without a broiler?

Yes! Try using a kitchen torch (affiliate link) instead of a broiler! It may take a bit longer to crisp the sugar all over, but it’s a nice alternative.

You can also just turn the temperature of your oven up to 500°F and bake at the high-temperature setting, but if your oven hasn’t been cleaned in a bit you might get quite a bit of smoke at that high temp setting. 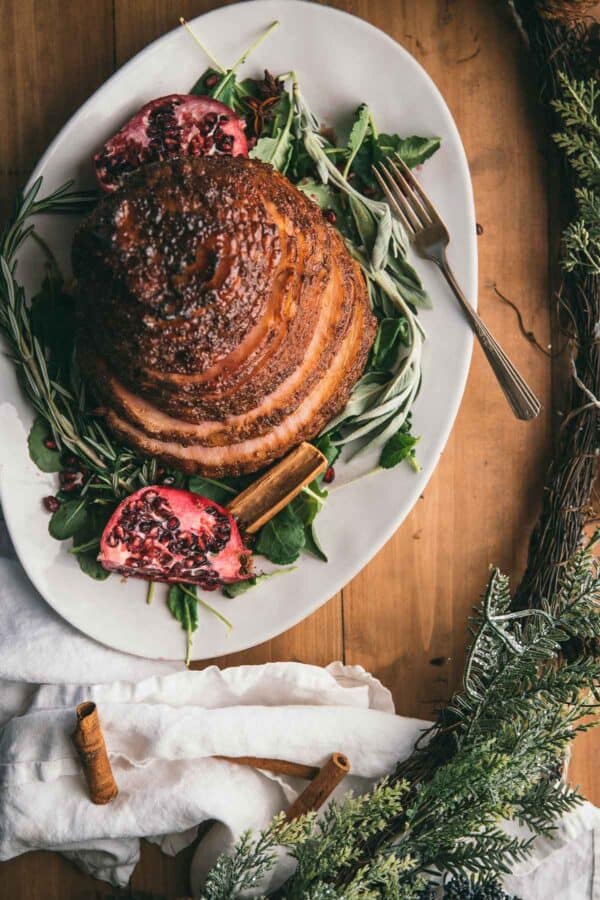 What to serve with holiday ham?

Potatoes and veggies! Those are the classics we roll with on our holiday table. Here are some ideas of what to serve with your main dish.

What are your go-to holiday side dishes? Tell me below! If you made this recipe please let me know with a rating and comment! Happy holidays friends!

Low maintenance holiday cooking!  Winter spiced holiday ham brings the classic flavors of clove and cinnamon with a hint of spicy ginger in a thick, caramelized sugar glaze over a no-fuss, easy to cook holiday ham. 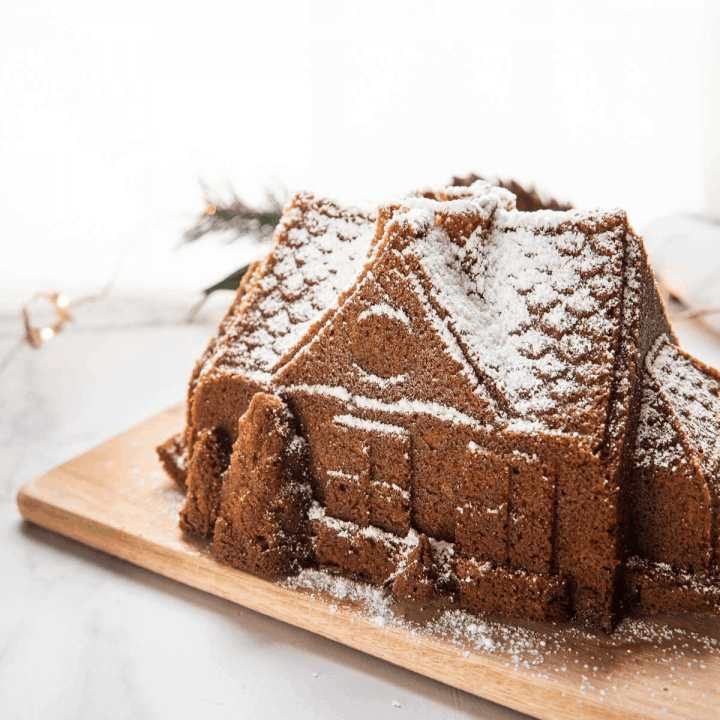 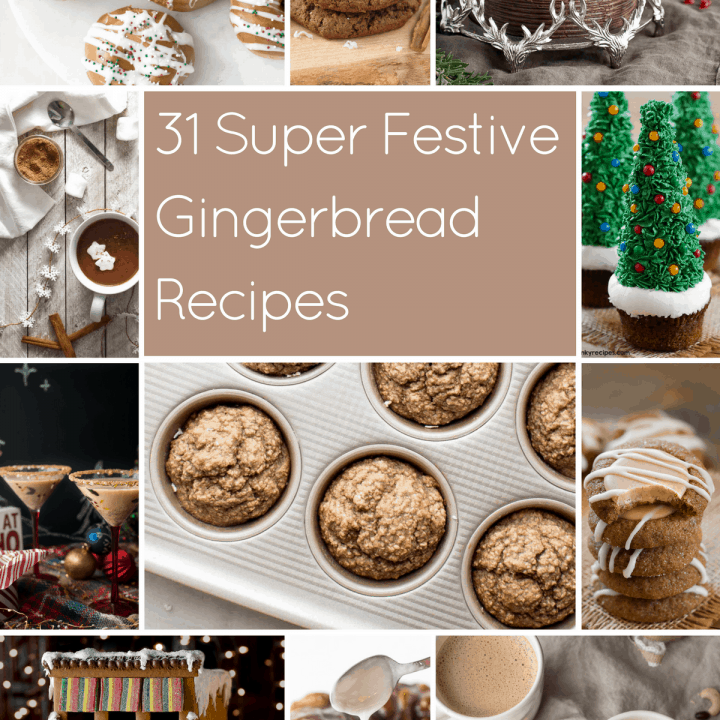 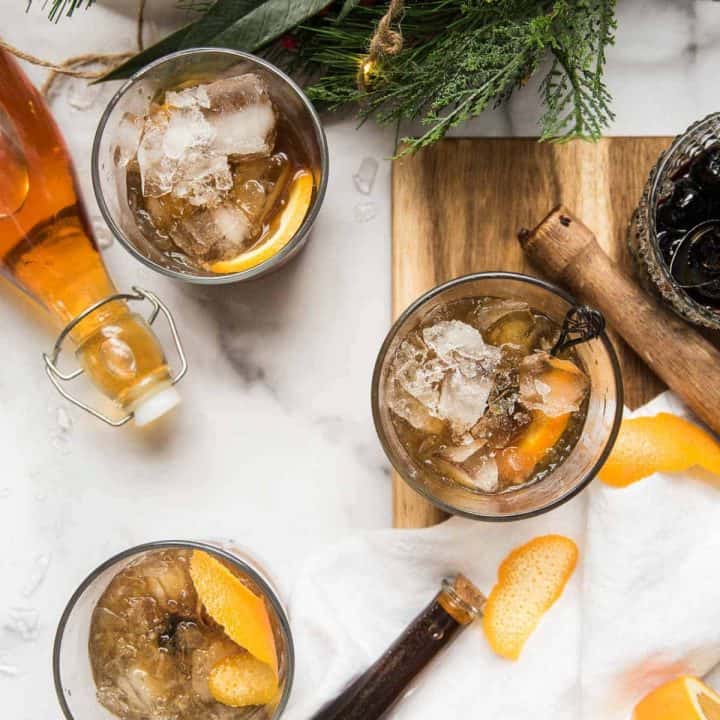 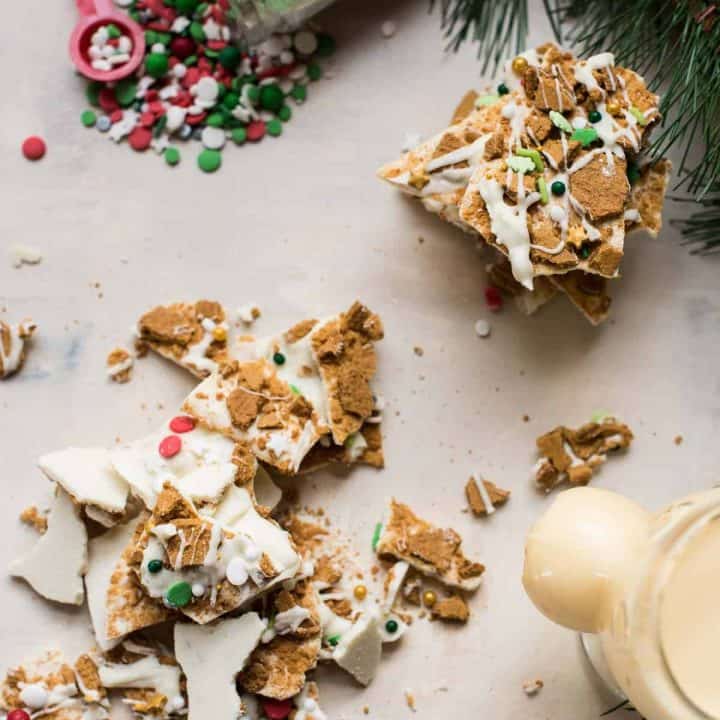 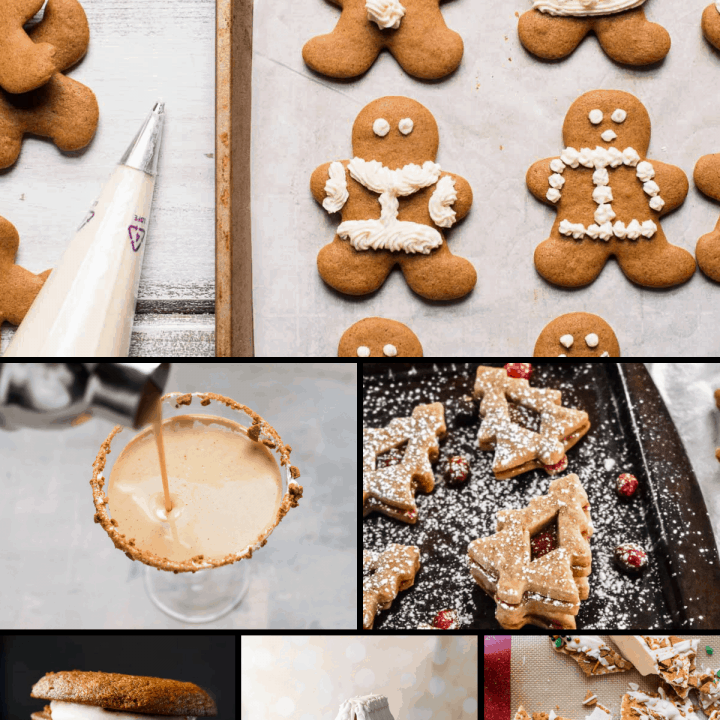 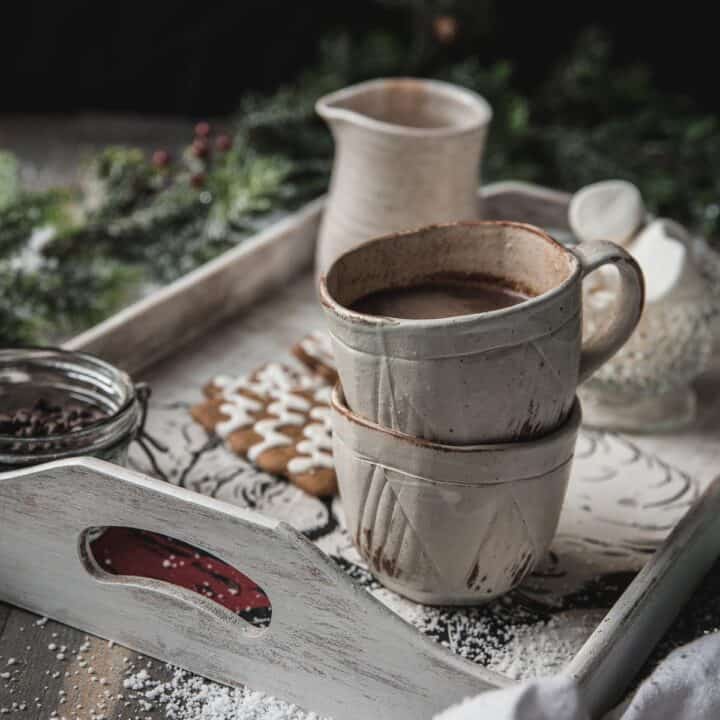 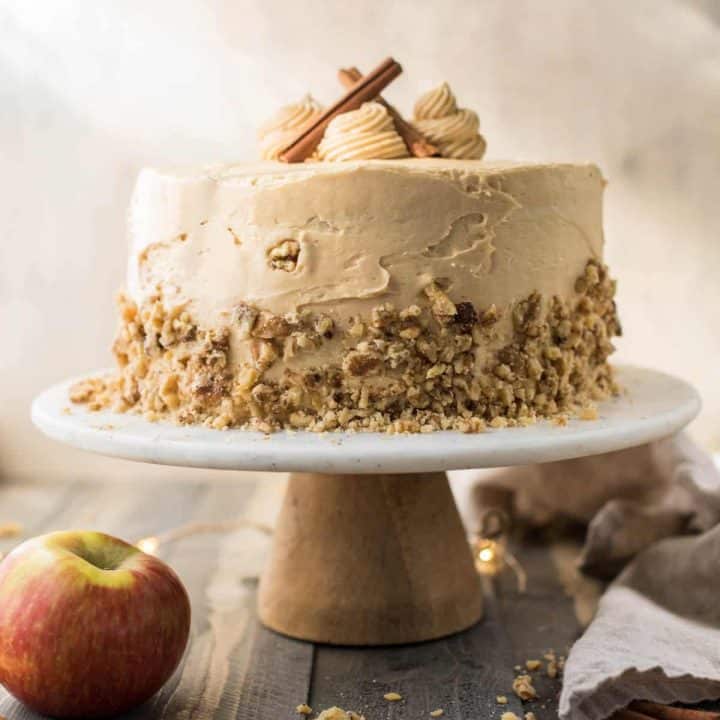 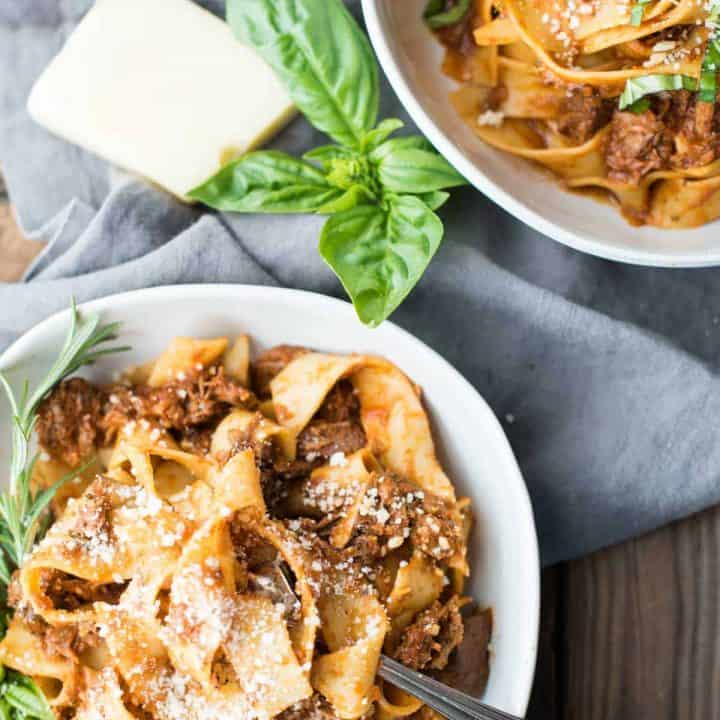 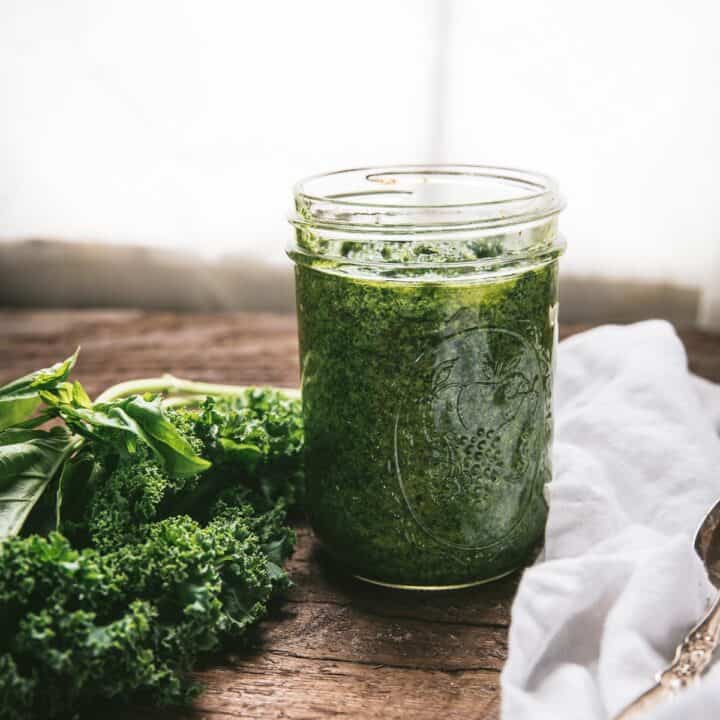 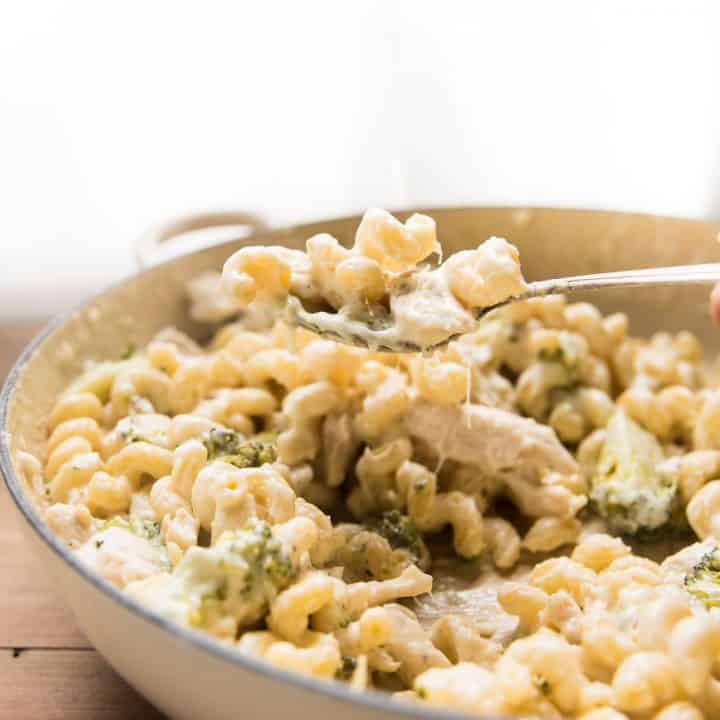