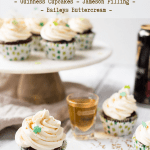 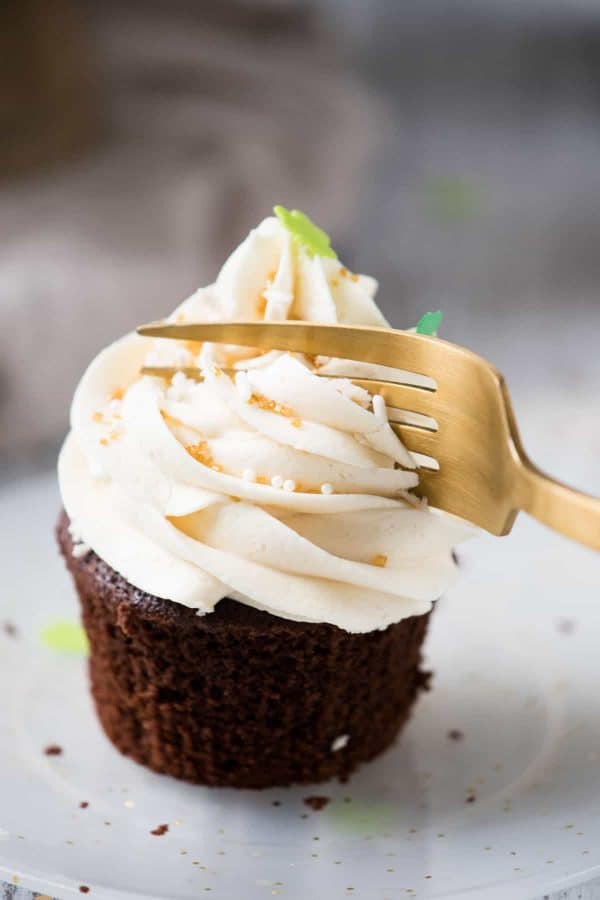 “I enjoy cooking with wine, sometimes I even put it in the food.”  Said the famous Julia Child.  Ya know what Ms. J?  Me, too girl.  Why limit ourselves to just wine when there’s a whole liquor cabinet to explore?!

Ok, ok.  Truth be told, my drinking while cooking days are on the back burner until say…about August 18th when Pariseau #2 is schedule to make his/her debut into the world.  But the bartender in me is always on the clock.  St. Patrick’s Day is just around the corner here in Boston and I can guarantee you, the request for Car Bombs will be in attendance.

But you know what? 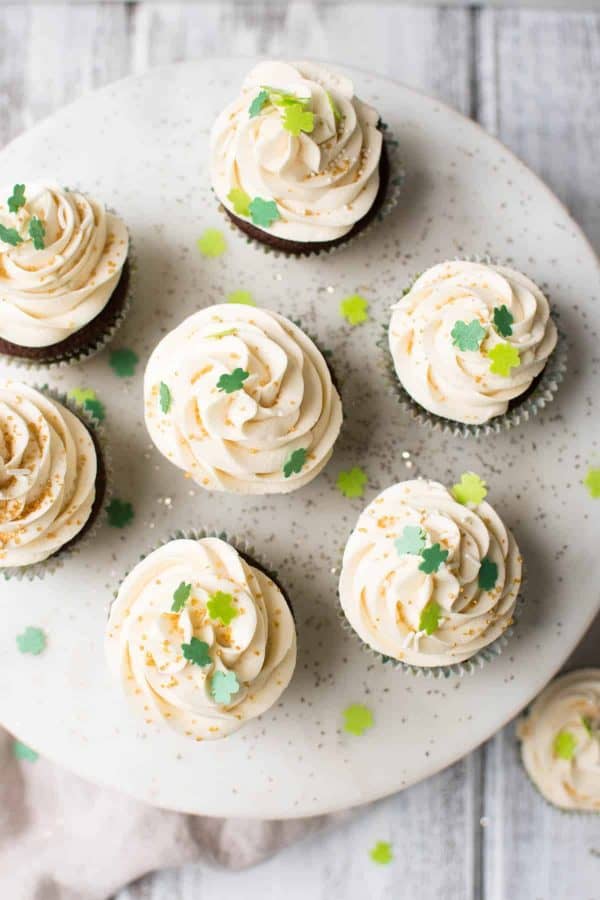 For starters, eating cupcakes > chugging beer (especially when they’re car bomb cupcakes,) B. you don’t have to worry about a shot glass smashing your teeth, and C. there’s not chance your drinking curdled baileys (woof.)  Just welcome this chocolatey-stout goodness and sweet, booze laced buttercream into that mouth of yours.

Let’s break down these Car Bomb Cupcakes shall we?  Starting with Chocolate Irish Stout Cupcakes.  Yum city.  If you’re not a huge fan of stout, no sweat there’s a strong enough chocolate taste that you’re not overwhelmed with beer flavor.  BUT for the beer lovers out there, the stout is still present.

Bonus, if you buy Guinness cans, you’ll even have a some leftover for yourself to drink while the cupcakes bake.  #winning. 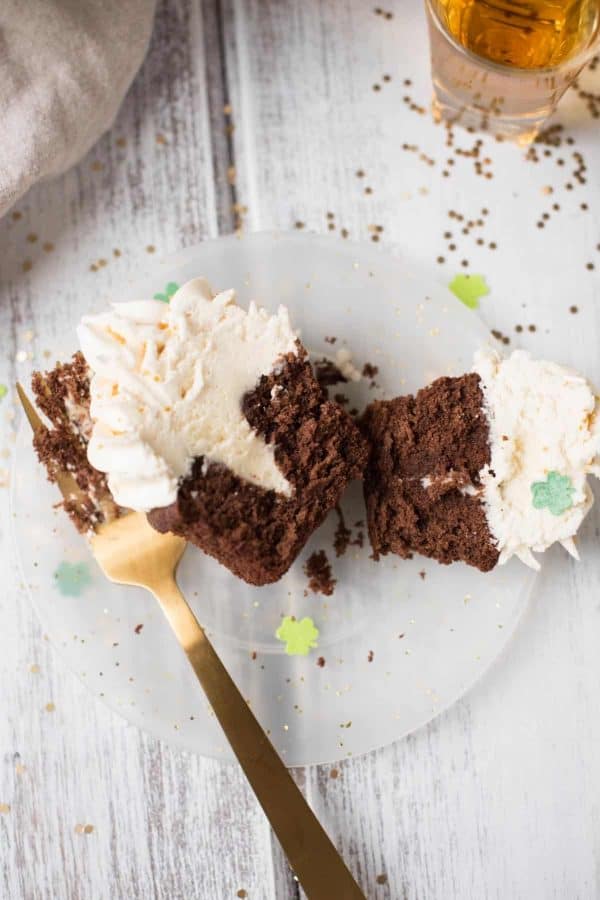 Part Two:  Jameson filling.  Yes, it’s basically buttercream.  We’re making a small amount of it and there’s two ways to go about it.  Way #1: Reduce the Jameson to cook off the alcohol.  Way #2: Use it straight up but only use half the amount.

Option 1 will give you subtle whiskey flavor without the zippy alcohol punch.  Option 2…well it’s the opposite.

Either way you go, you’ll be piping into the center of the cupcake and swirling a small circle on top for maximum sweet whiskey divination.

Part Three:  Bailey’s Buttercream.  Hello!  Welcome to heaven, where all the clouds are made of Bailey’s buttercream.  Could you just imagine breaking off a piece of cloud to stir into your morning coffee?!  Sigh…coffee goals.

Bailey’s buttercream is always a beloved treat for any Bailey’s lover.  Creamy, sweet, and just a subtle note of booziness.  Because it’s naturally a lower alcohol liquor, it’s not cooked off in this recipe.  If you need a non-alcoholic substitute, try using the Bailey’s flavored coffee creamer sold in the dairy department of your grocery store. 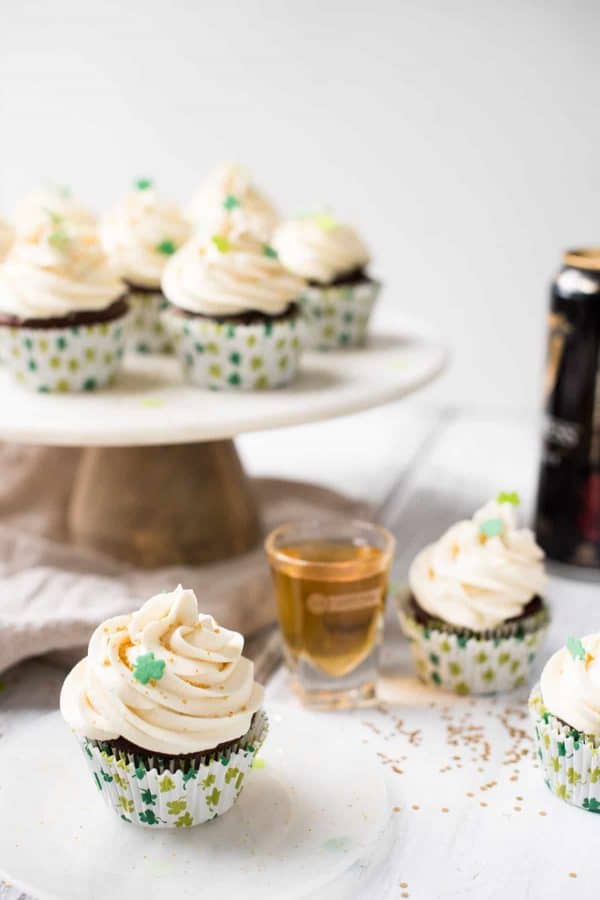 Can get enough of festive boozy treats?  Leslie over at Stress Baking has a recipe for Chocolate Guinness Whipped Cream!  Where has that been all my life?  You should definitely put a healthy dollop of that over pancakes or ice cream and maybe…just maybe a drizzle of Bailey’s.

Or if you need to curb that gooey chocolate craving Vintage Kitty has you covered with Boozy Irish Brownies.  Fudgy chocolate brownies coated with a   whiskey and Irish cream white chocolate ganache.  I don’t know about you, but that sounds like brownie goals to me.

How are you celebrating this year?  Tell me about it in the comments!  Did you make this recipe? Let me know! 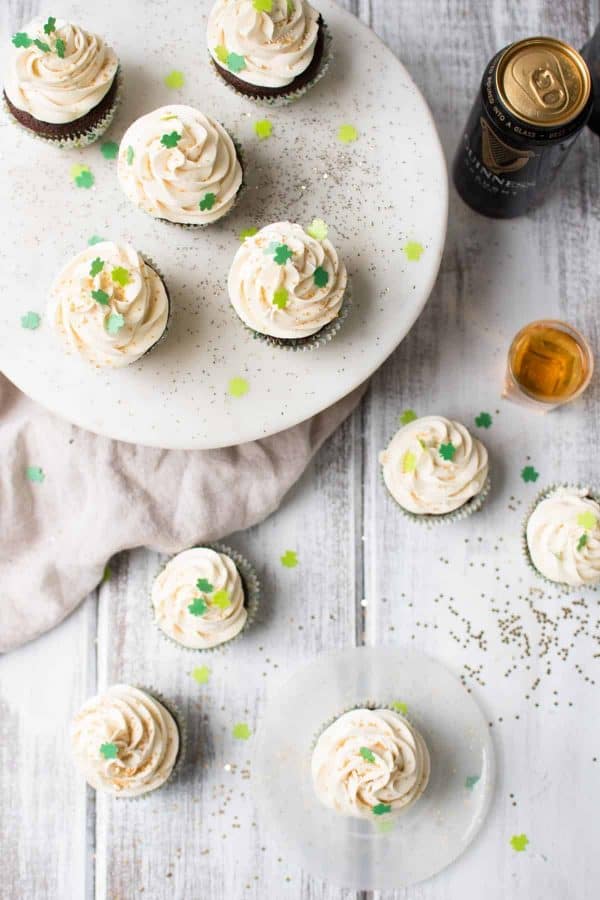 ¹A regular size ice cream scoop is my favorite tool for this and works perfectly with the thickness of the batter.

²For a very pronounced whiskey taste, do not reduce the Jameson over heat.  Substitute 1/4 cup of Jameson straight from the bottle.

³If you need to make these non-alcoholic, you can substitute Bailey’s flavored coffee creamer.  It can be found in the dairy department of any major grocery store.

Gah! So happy you're here. I'm Lauren, welcome to Hunger Thirst Play! On this particular piece of Internet real estate you'll find seasonally inspired recipes from my New England kitchen. A born and bred Massachusetts girl, I believe a well balanced life involves apple picking, summers at the beach, and iced coffee in the dead of winter. Read More… 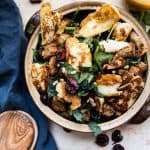 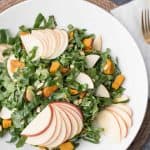 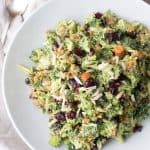 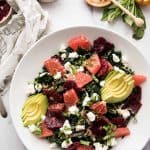 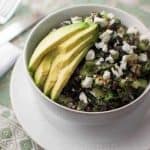 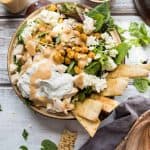 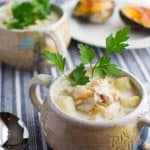 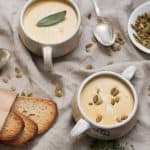 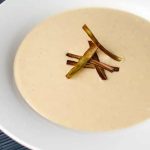 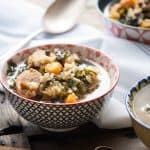 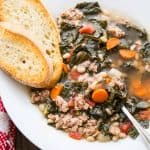 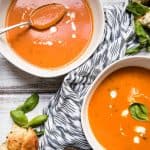