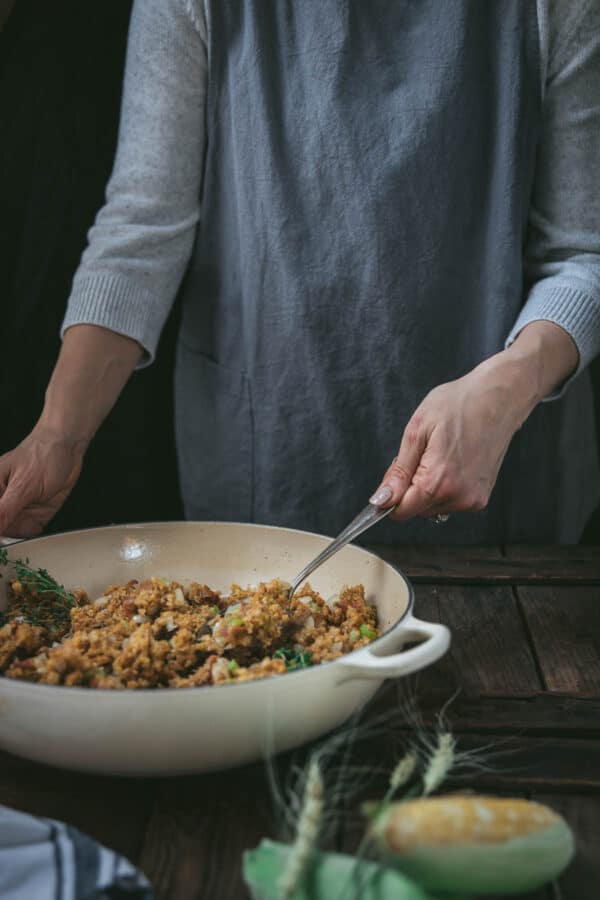 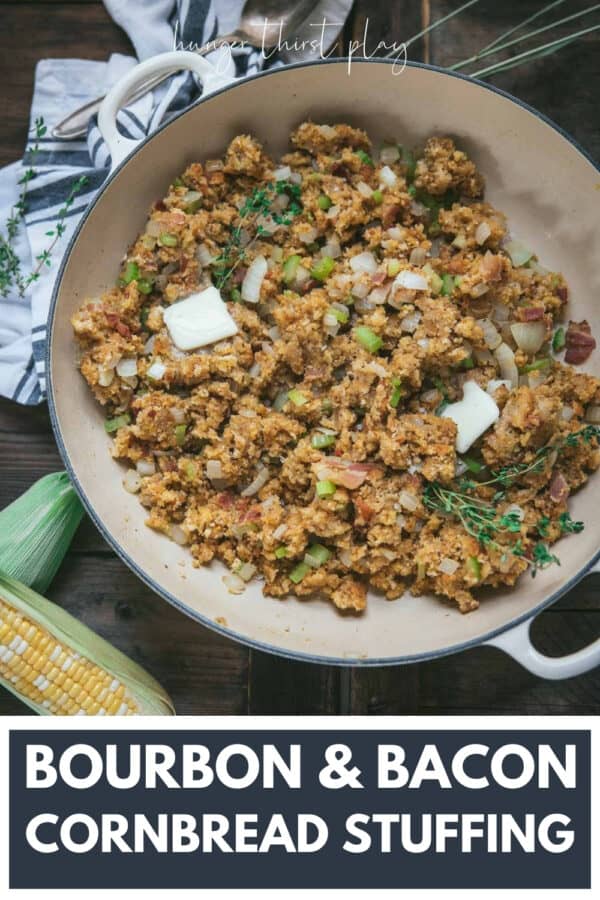 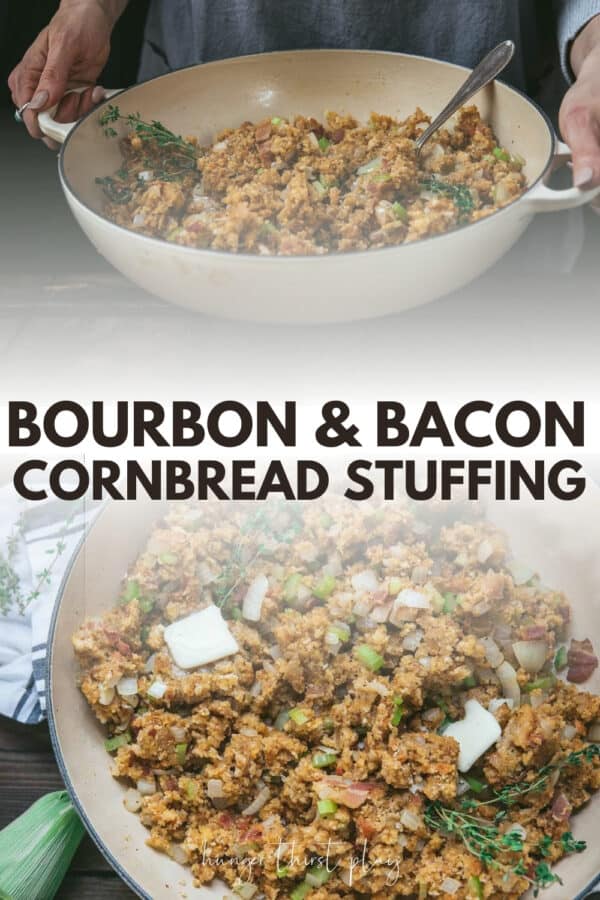 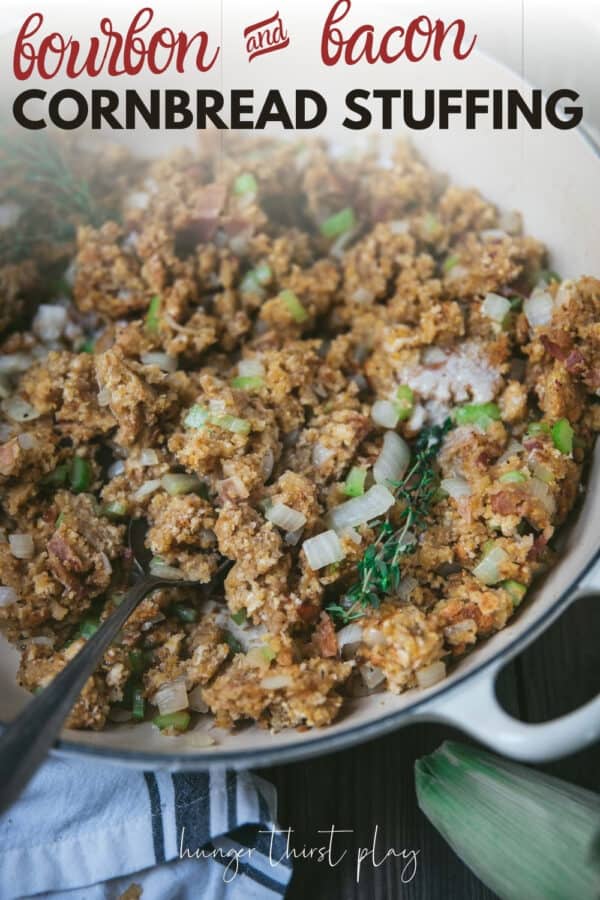 It's sweet, it's savory, and it's here to dress your turkey!  Bacon cornbread stuffing needs to be on your plate next to the turkey, chicken, or ham - you don't have to wait for the holidays.  It's so simple to make and has savory bacon, sweet cornbread, warming bourbon, and sweet maple flavors to make all your taste buds happy. 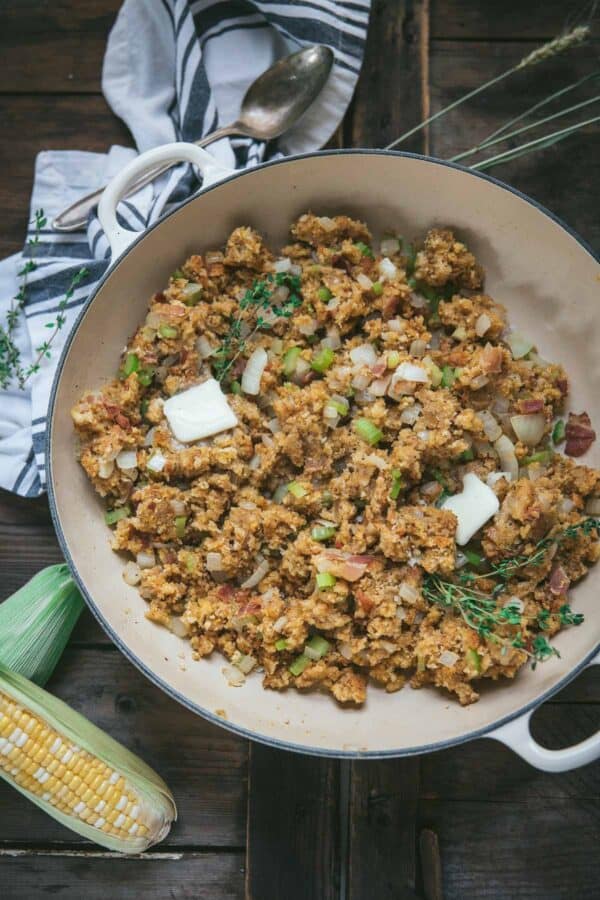 Shortcut meets homemade when you're whipping up this classic holiday side. What's the holiday turkey without buttery, soft, stuffing? Well, it's still delicious turkey, but we're going to need some of that stuffing on our plates too.

We're loving this sweet and savory twist on traditional stuffing for these reasons:

Best of all, this stuffing comes together in just minutes so while you're beautiful no baste turkey or no fuss ham is being sliced you can whip this up super fast. 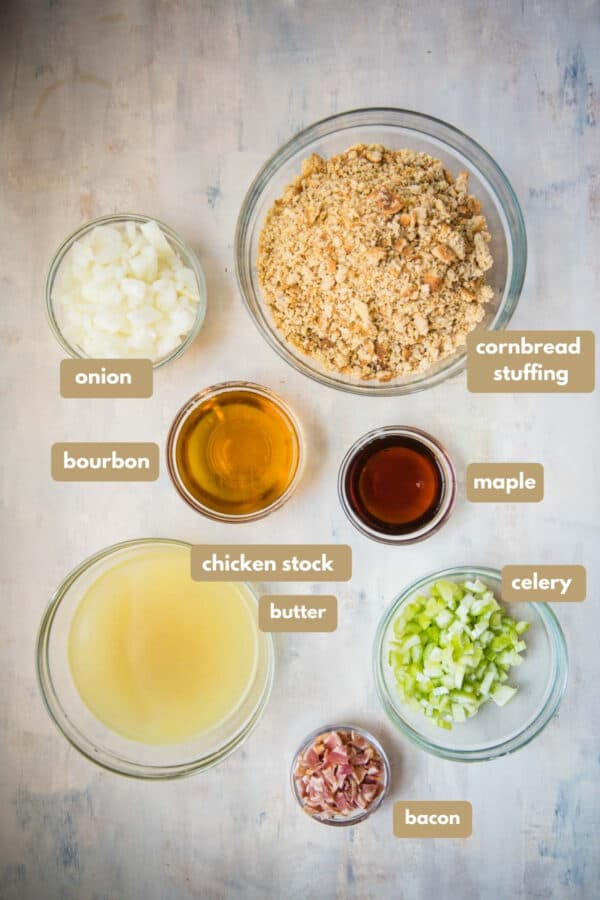 How to Make Bacon Cornbread Stuffing

We're chopping up some aromatic vegetables - celery and onion. Sauteing bacon for that smokey, fat, and crisp texture. Then simmering it with bourbon until the alcohol cooks off.

And guess what? We're already halfway through the steps.

Then just toss everything with the cornbread stuffing mix and simmer with chicken stock. That's it! You're done. 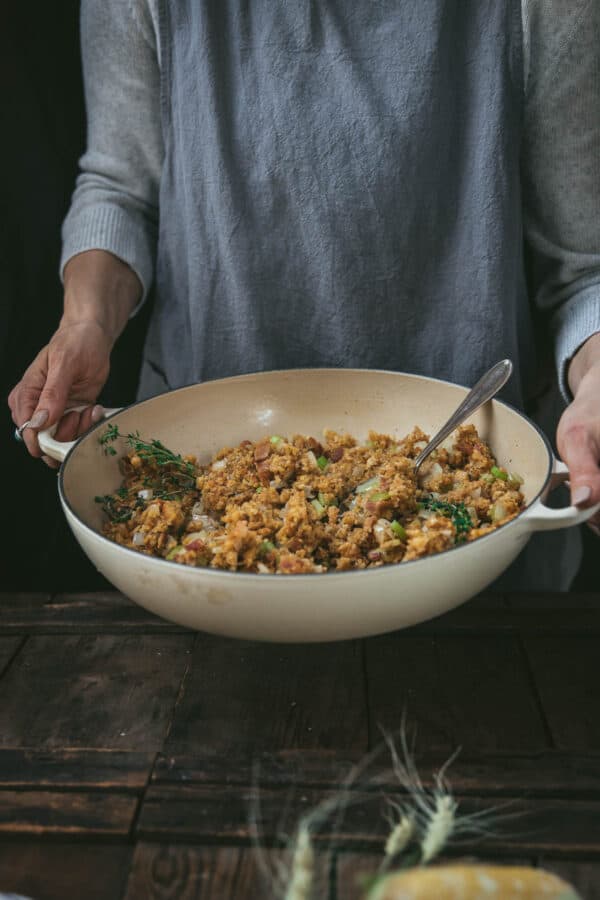 Tip: After the chicken stock has been absorbed, cover the stuffing for 2 or 3 minutes. When you're ready to serve it, just fluff it with a fork.

Whether you're cooking for 20 or 2, the best prep for holiday cooking is to do as much in advance as you can. This cornbread stuffing is quick either way, but my favorite prep tip is to cook the veggies and bacon in advance.

When you're ready to make the stuffing, just reheat and finish the rest of the steps

If you like a dryer stuffing, don't cover after adding the chicken stock. Our family goes for a wetter style of stuffing and covering it after cooking helps moisten any cornbread pieces that might've been missed. 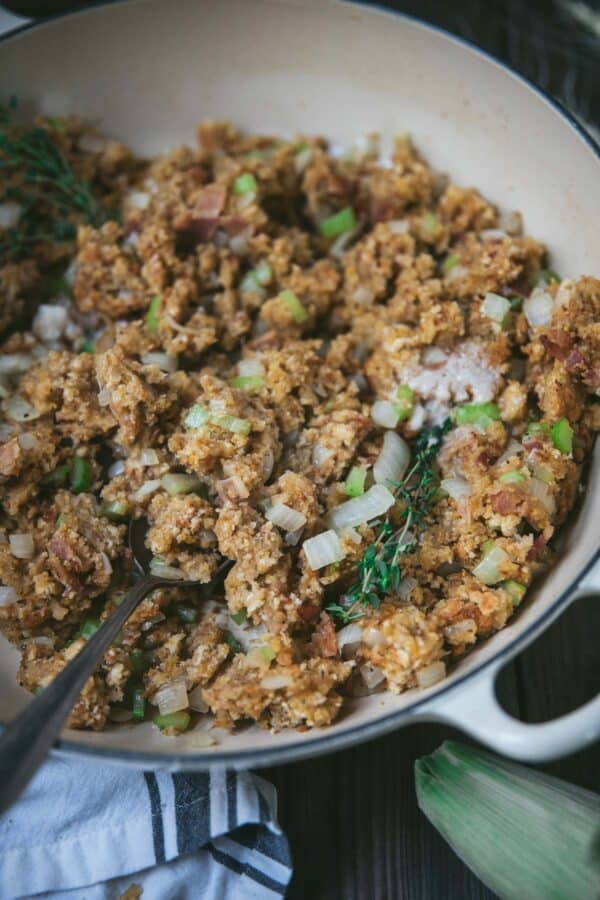 What are you serving alongside your stuffing? We love both turkey and ham with our holiday dinners and lots of veggies! Pureed parsnips, mashed potatoes and roasted sprouts are a must for me.

If you make this recipe, leave a comment and rating below. Be sure to let me know what you served with it too! 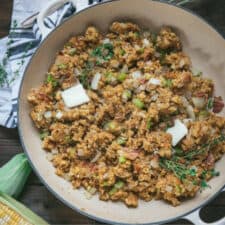