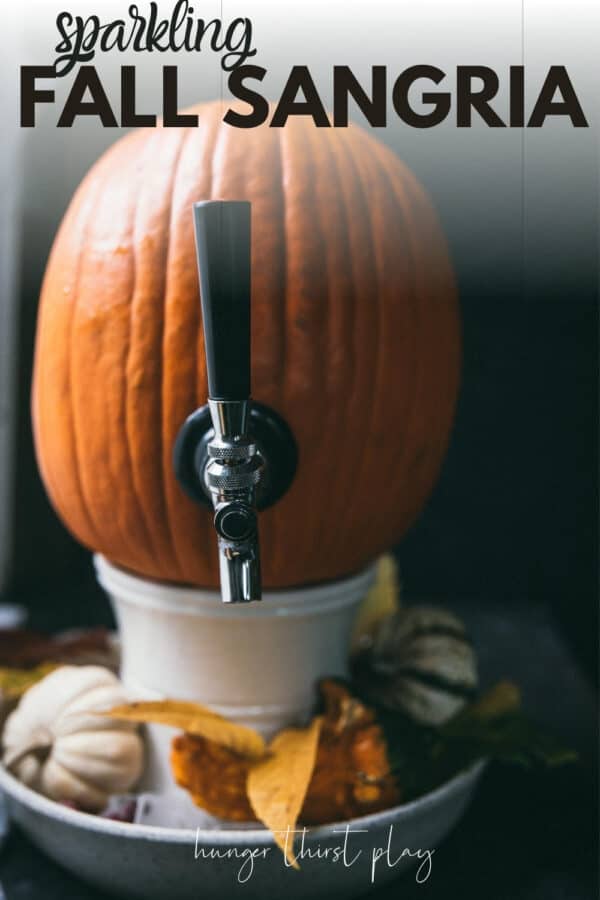 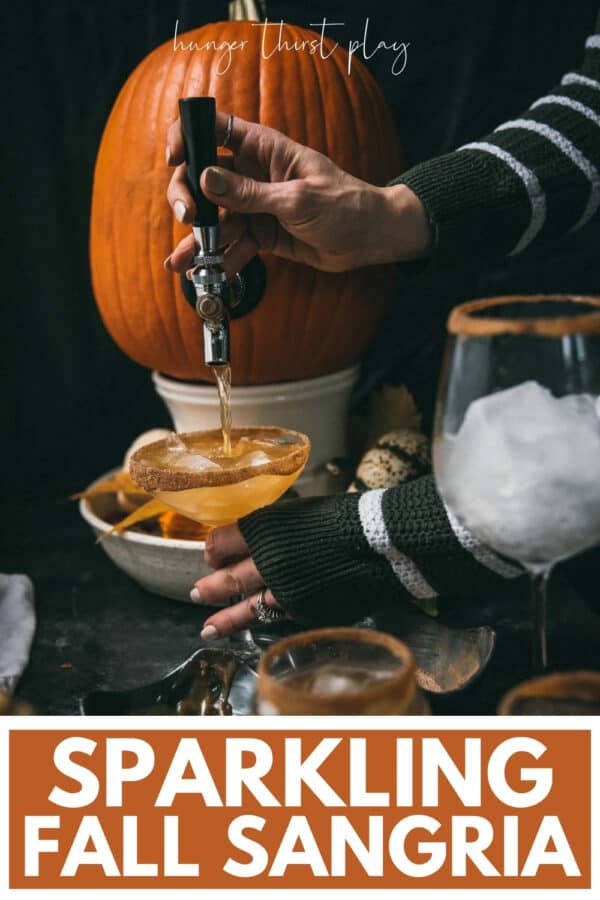 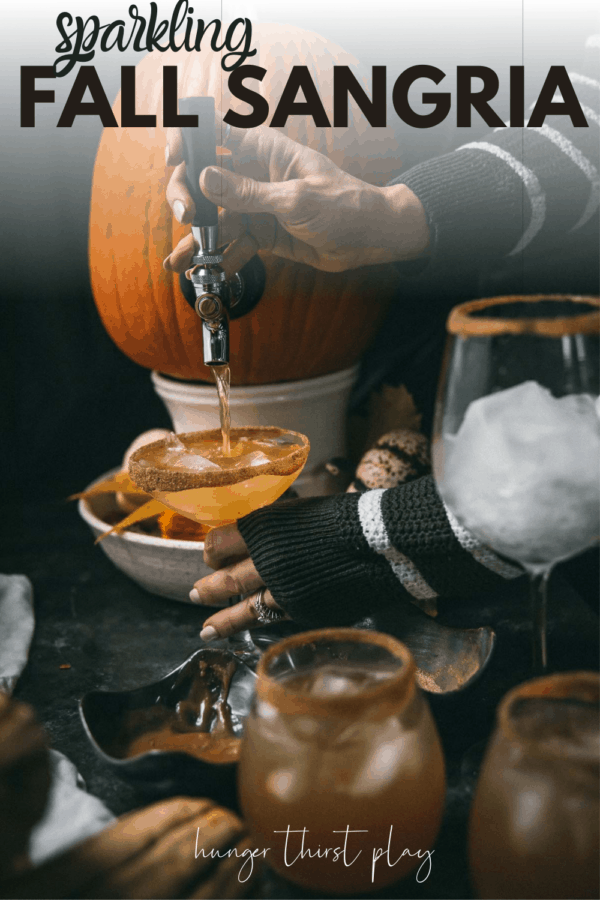 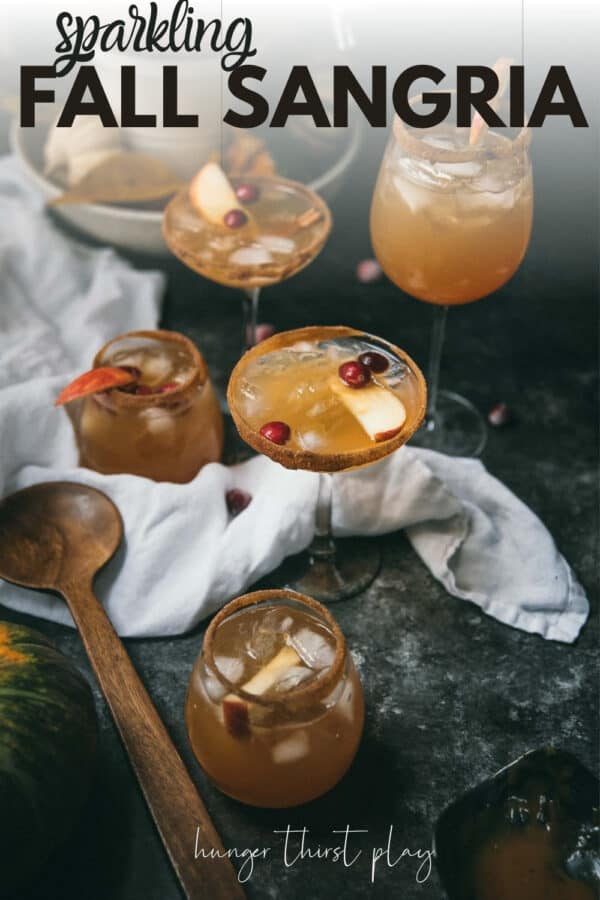 Flavors of cinnamon and nutmeg swirled with apple cider, warming bourbon, and crisp prosecco make for fall cocktail perfection!  Sparkling fall sangria is simple to prepare and easy to drink.  Take your autumn cocktail to the next level by serving it out of a pumpkin! 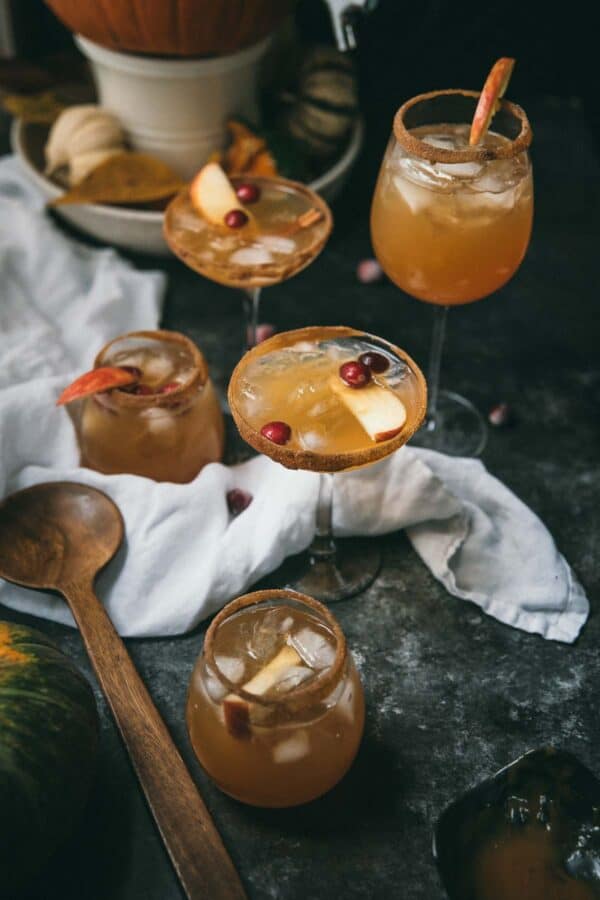 (To the tune of ‘Do You Want to Build a Snowman’) Do you want to tap a pumpkin???  And fill it with sparkling sangriaaaaaaa.

Now that’s the version of Frozen I’d like to watch for 5,872nd time.  How about you? 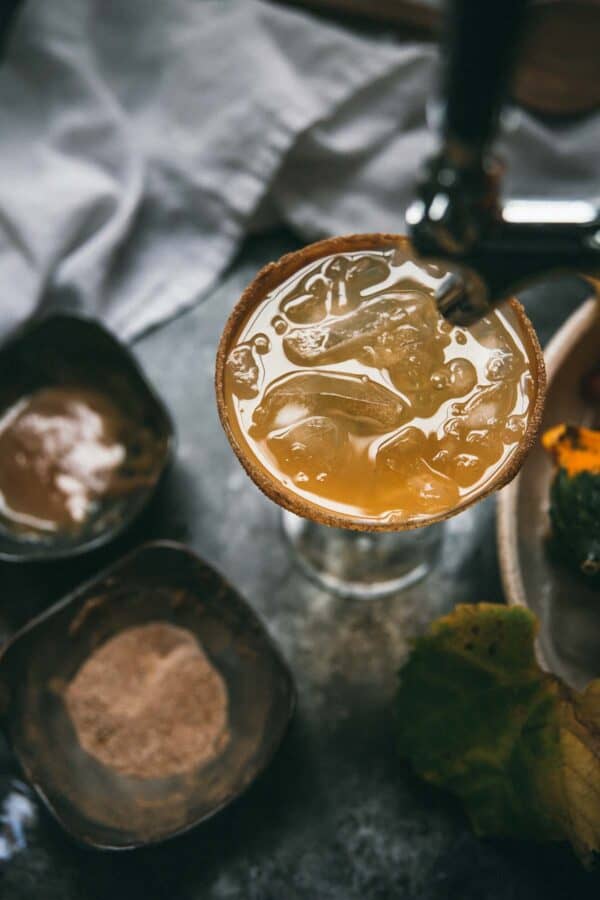 Seriously, this fall sangria is both super delish and easy to make.  And if you really want to make it festive, you can carve a pumpkin and stick a tap on it for a fun and cheeky way to pour those cocktails.

Here’s why this sangria is a crowd-pleaser:

All those flavors together really knock it out of the park.  Plus, a little caramel and cinnamon sugar around the rim gives this cocktail a caramel apple/cider doughnut vibe that is just epically enjoyable. 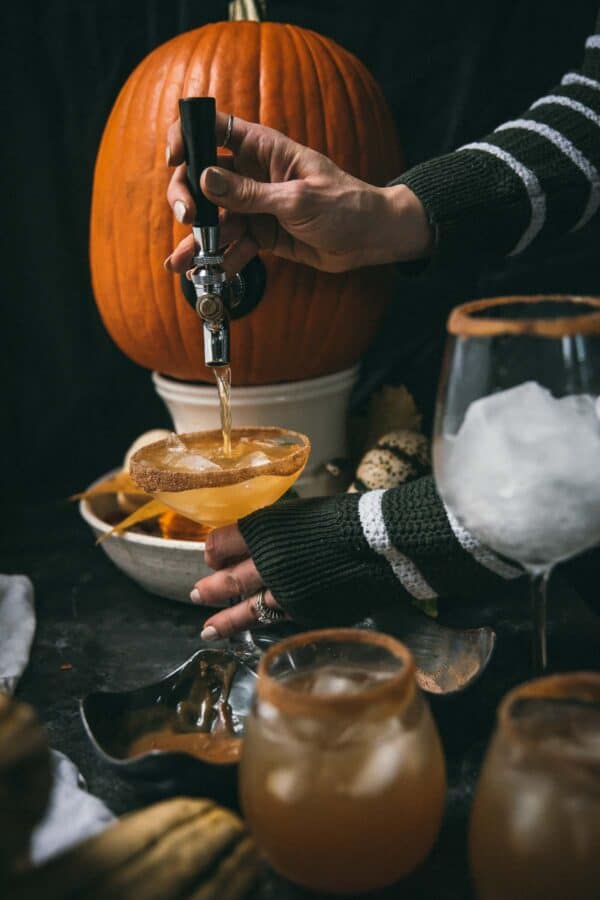 How to Make Sparkling Fall Sangria

This fall sangria is very similar to our spiced winter sangria but we’re bringing in the dry white bubbles instead of cabernet and it’ll be just a smidge less sweet.  Making this sangria is going to be just as simple.  Hooray!

All you need to do is make the spiced simple syrup and then combine all the ingredients.  Honestly, that’s it.

The simple syrup should be brought to just a simmer while stirring, then shut the heat off.  You want all the sugar to be melted, but it doesn’t have to cook for a long time since the spices are going into the batch of the cocktail. 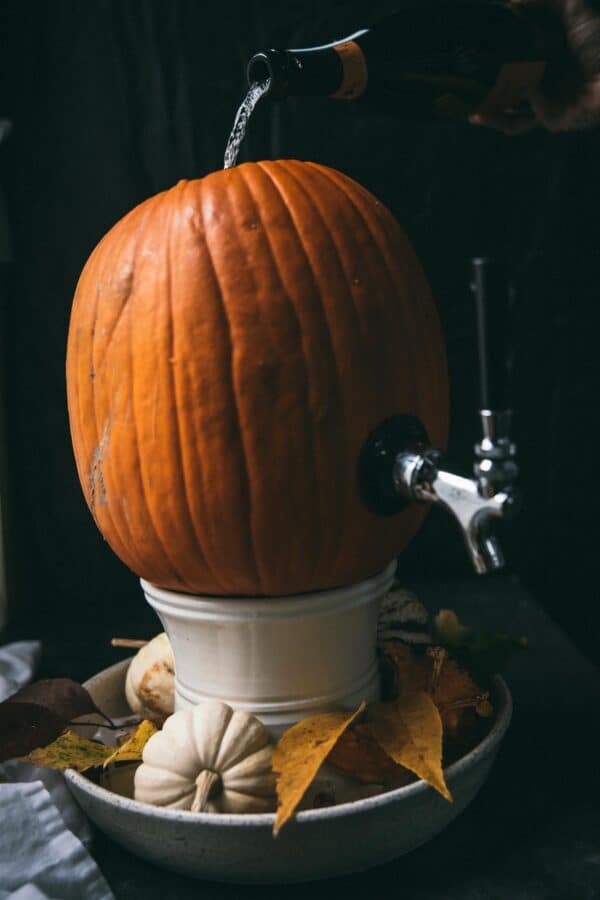 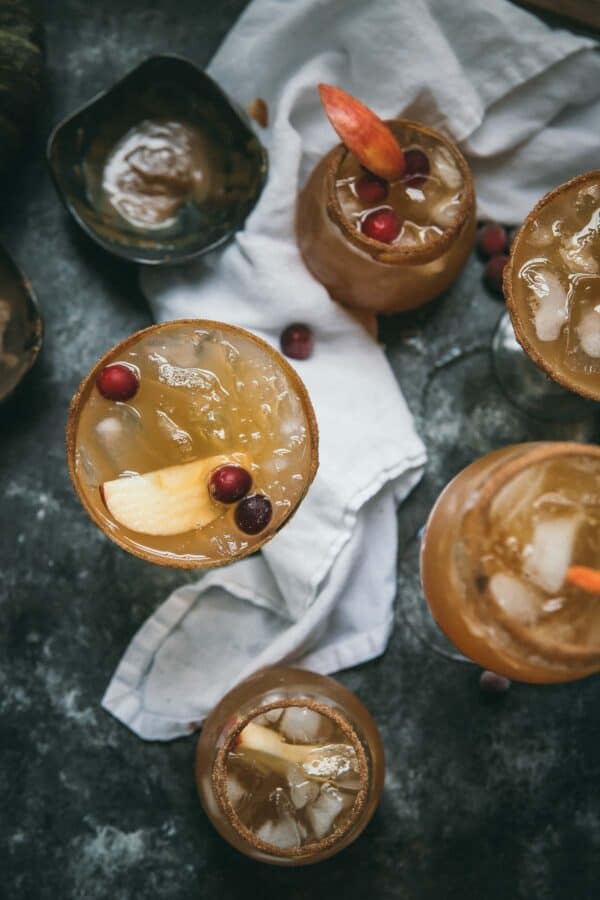 How to tap a pumpkin

If only pumpkins really were filled with delectable, bubbly sangria.  I mean the seeds are tasty when roasted and spiced, but the work of scraping out all the guts…well, wouldn’t sangria just be so much better?

The mechanics of how to install this tap on a pumpkin is very simple.  Just mark off on the pumpkin where you want your tap to be placed, then carving the pumpkin like you normally would.  Cut the hole in the top and scoop out the ‘guts.’  Here are a few tips to make it successful. 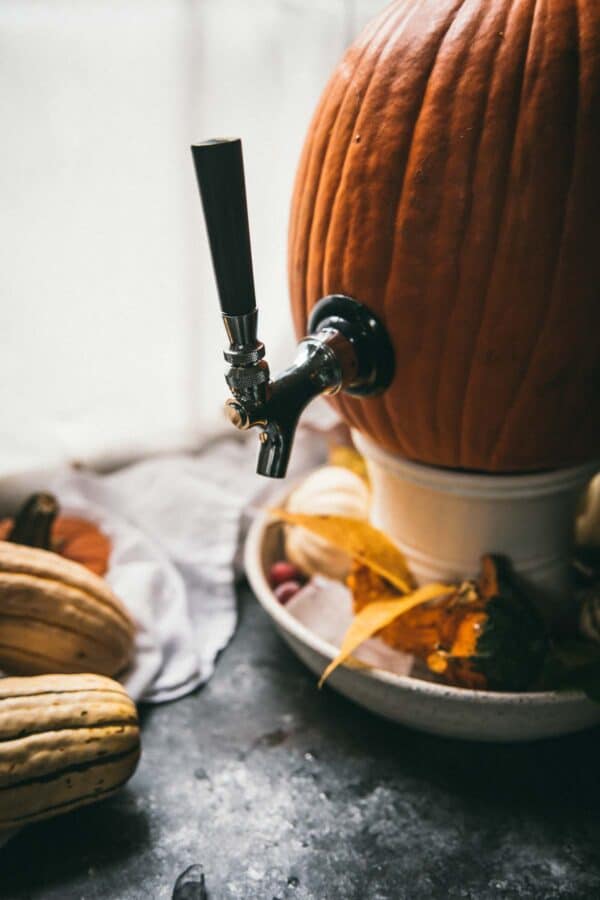 tips for tapping a pumpkin

That’s pretty much it!  Are we ready to bring on all the tasty fall vibes?  I think so. 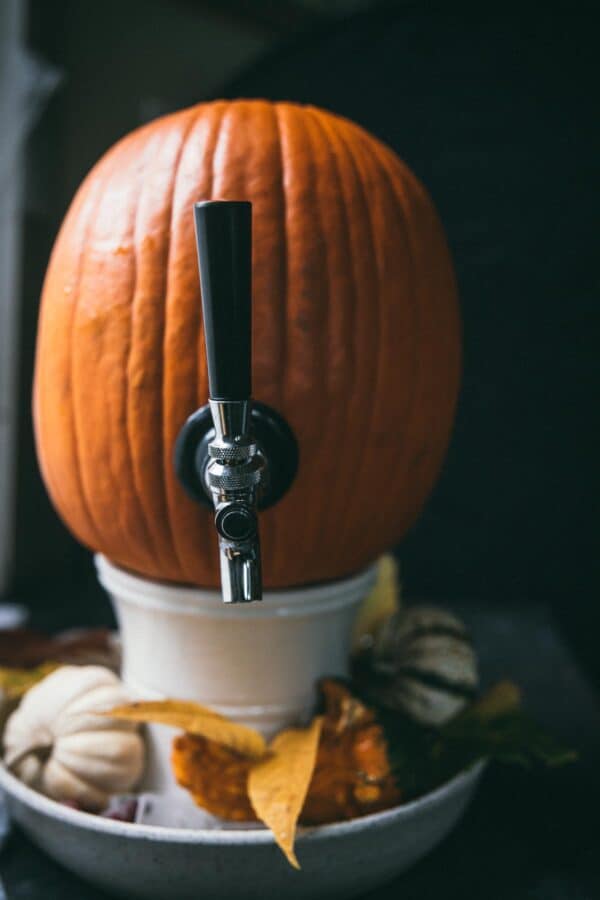 what to serve with sparkling fall sangria

We’ve got the cocktail, now let’s grab some snacks!  Here are some ideas for sweet and savory treats to nibble on while you sip.

What are your go to fall snacks?  Tell me below!  If you made this recipe, please leave a rating and comment below!  Don’t forget to tag @hungerthirstplay on your tapped pumpkin pics!

Bubbly, fall-inspired, and fun!  Sparkling fall sangria is the perfect combination of fall flavors, sparkling wine, and sweet cider best served out of a pumpkin for the most amount of enjoyment.

How to Tap a Pumpkin 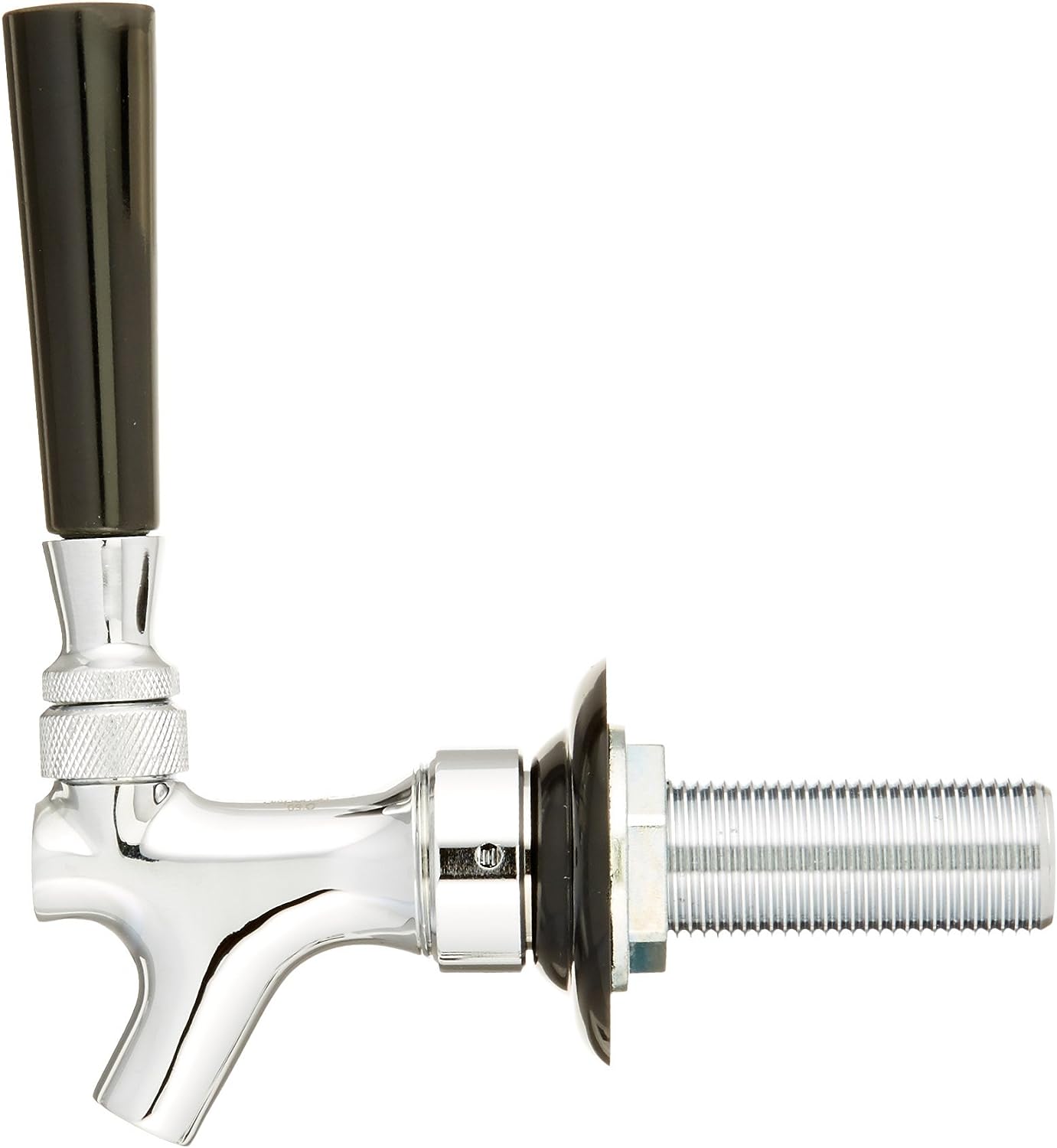 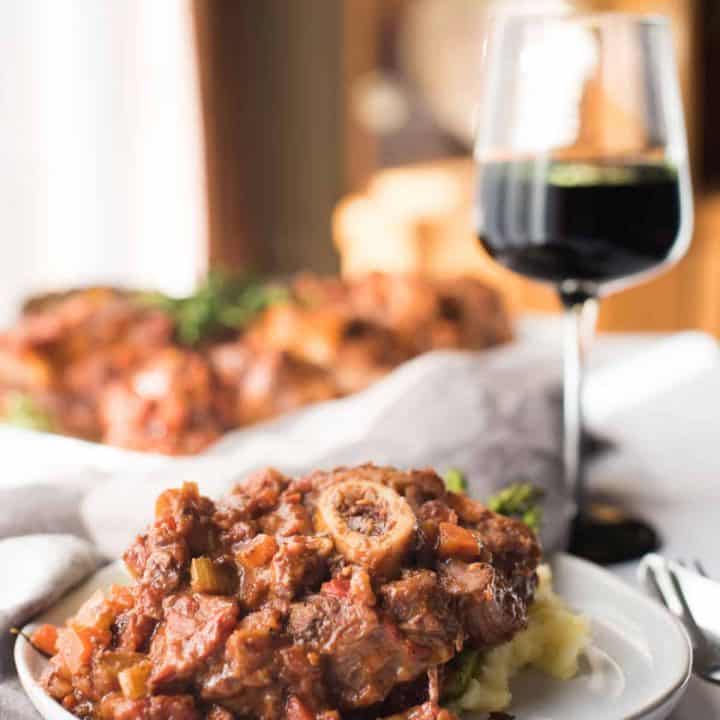 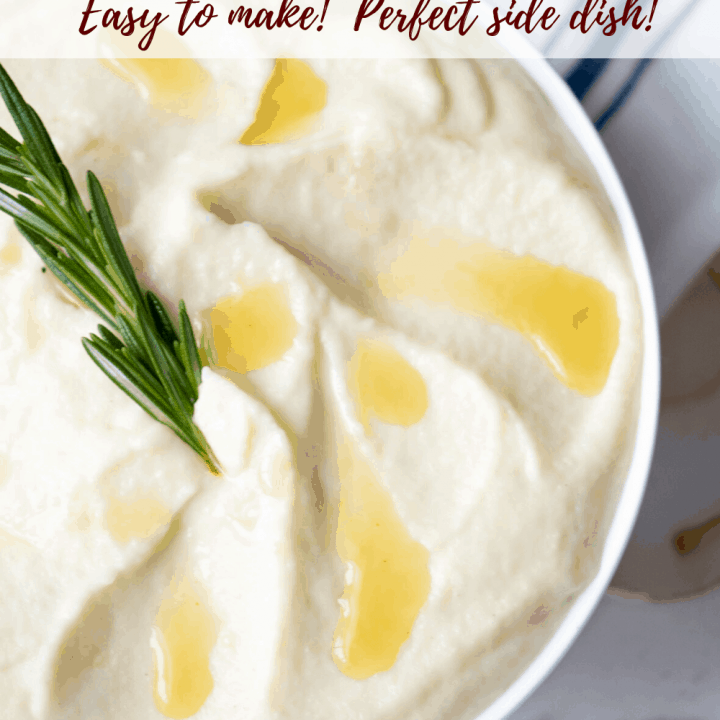 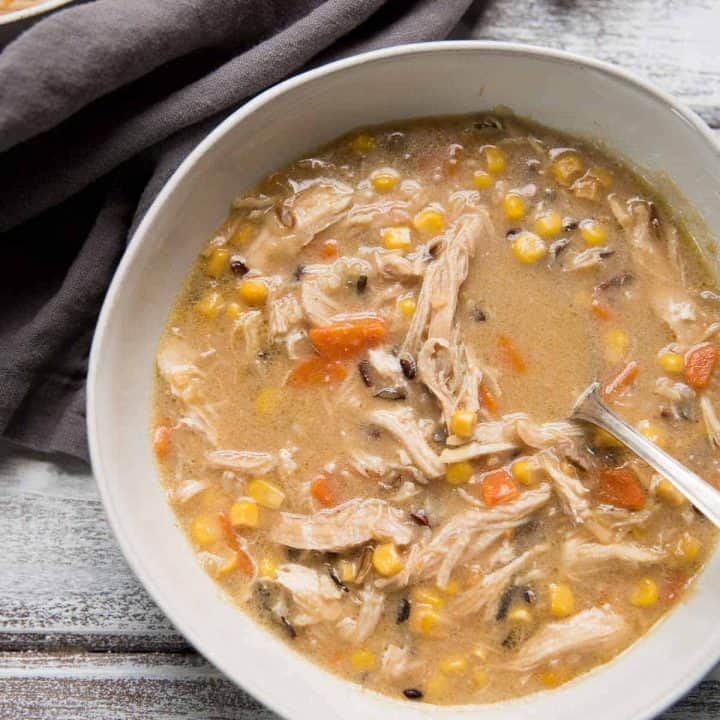 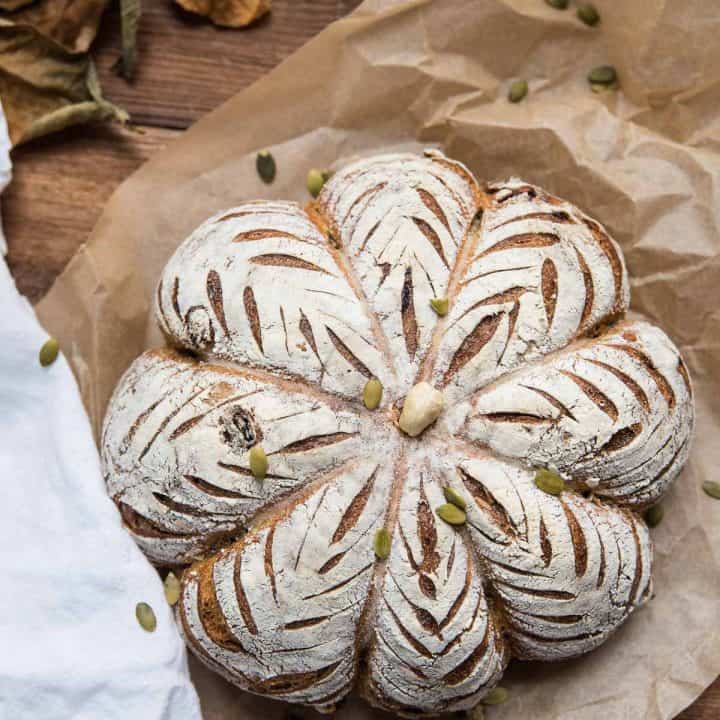 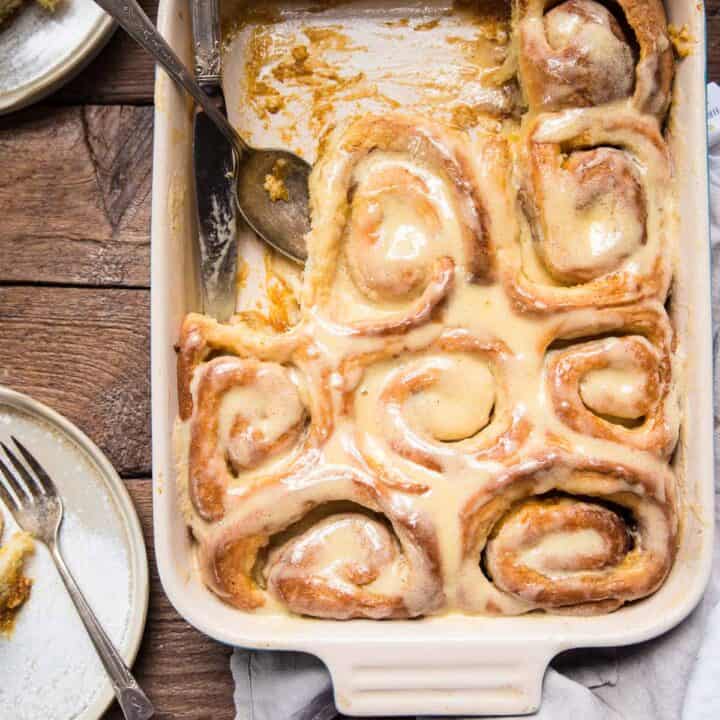 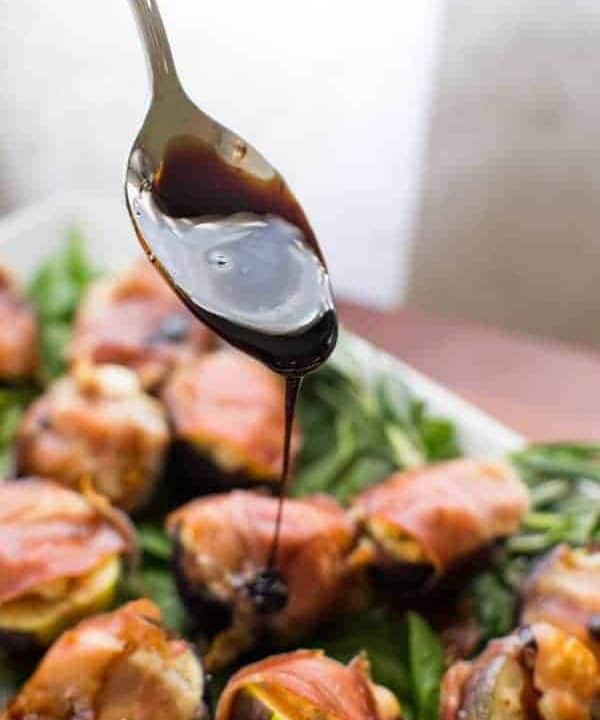 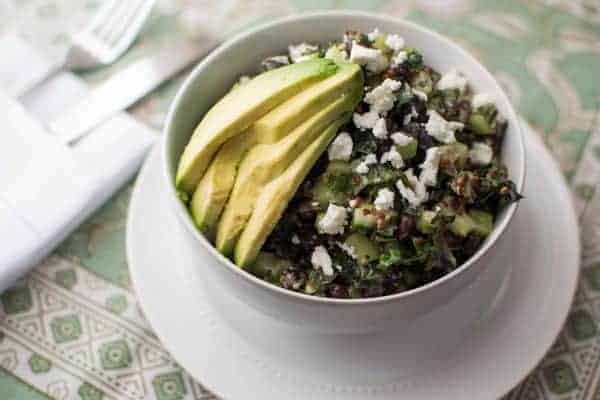 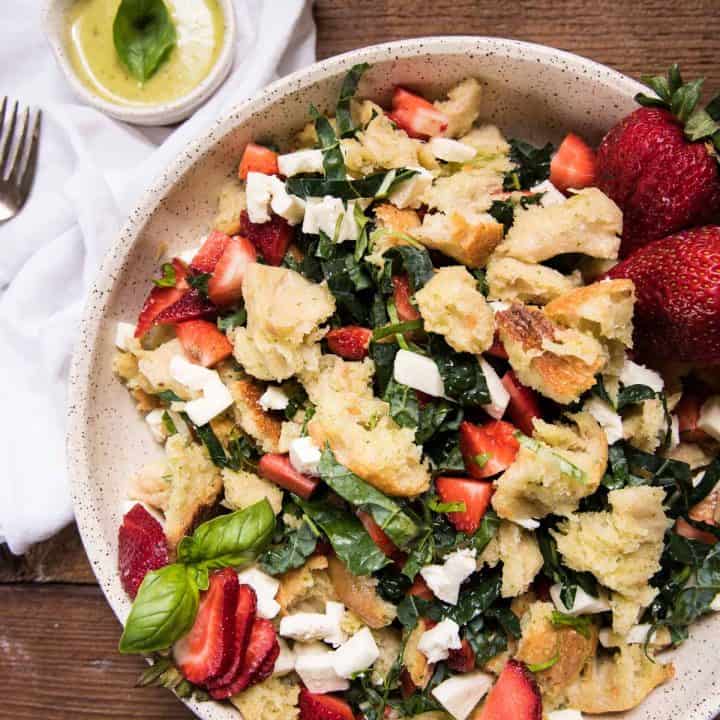 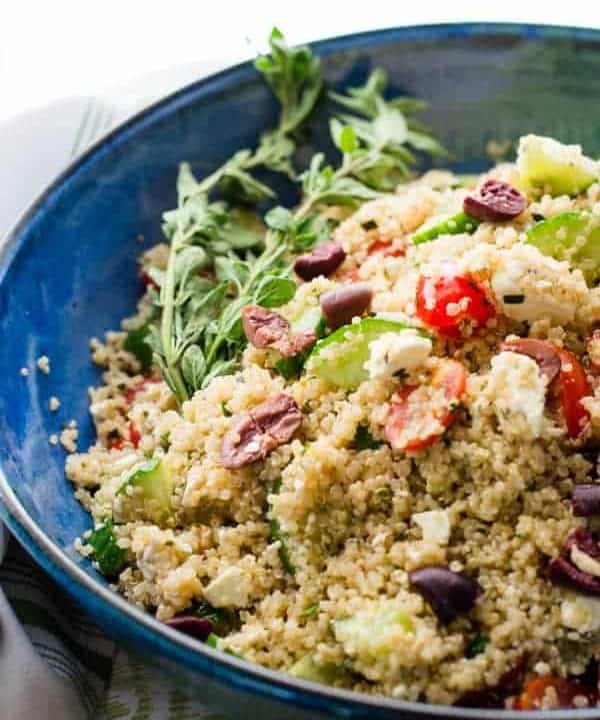