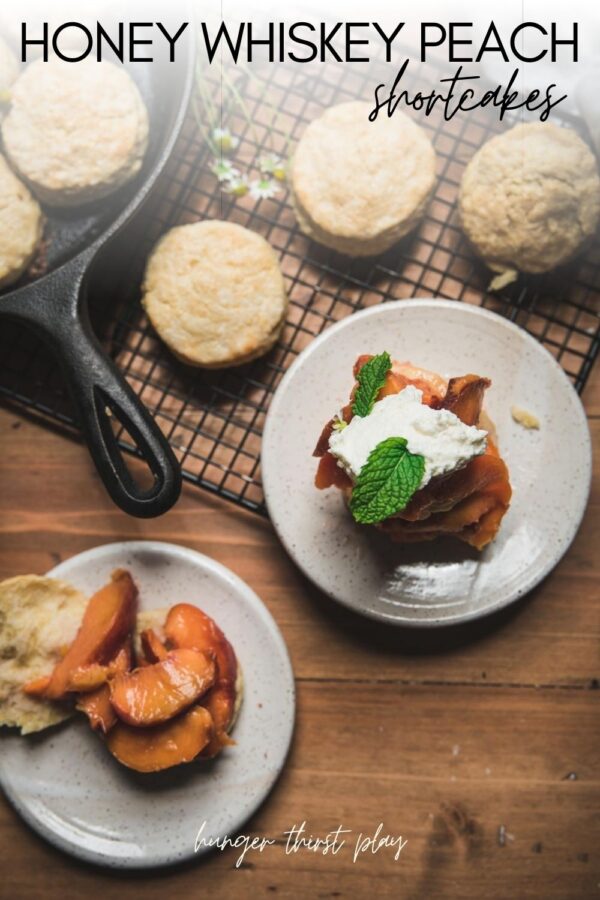 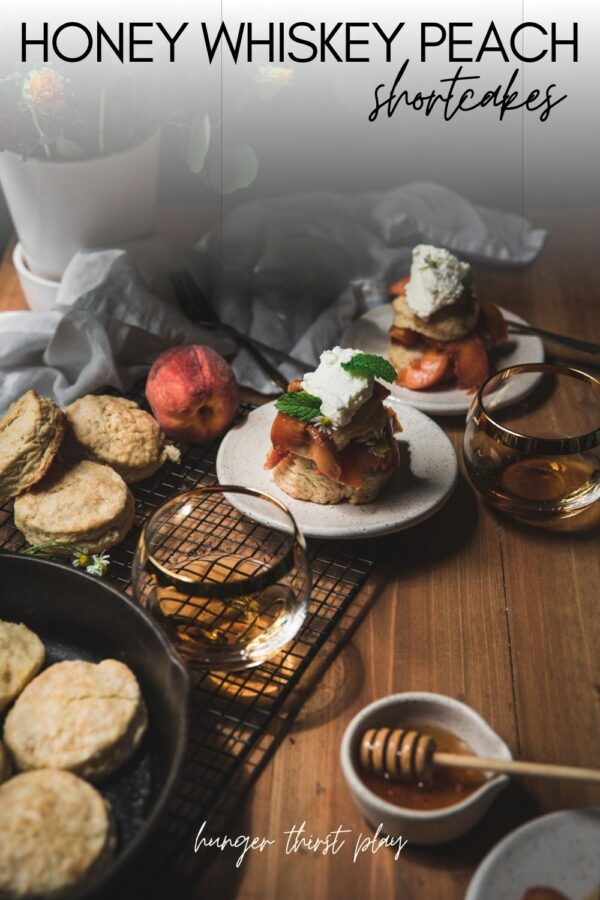 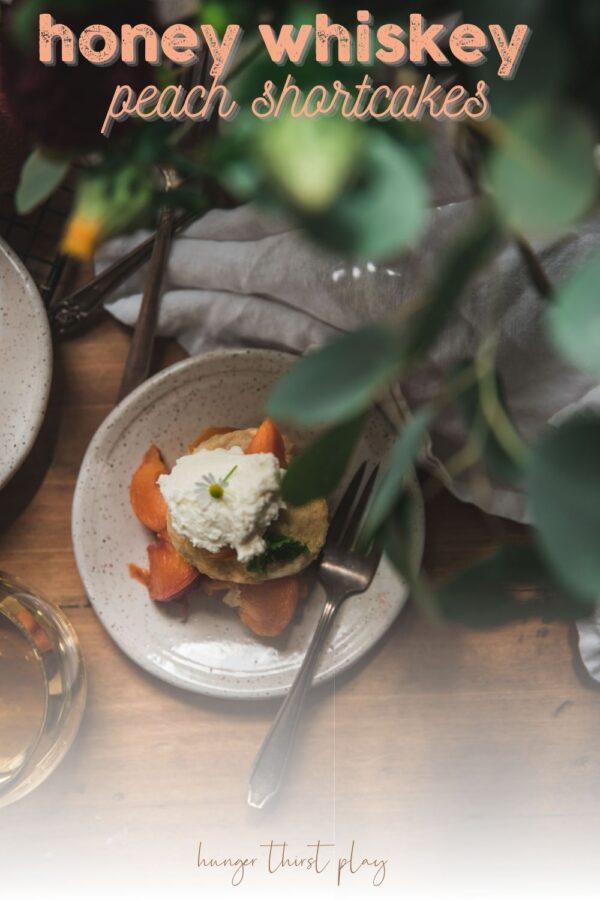 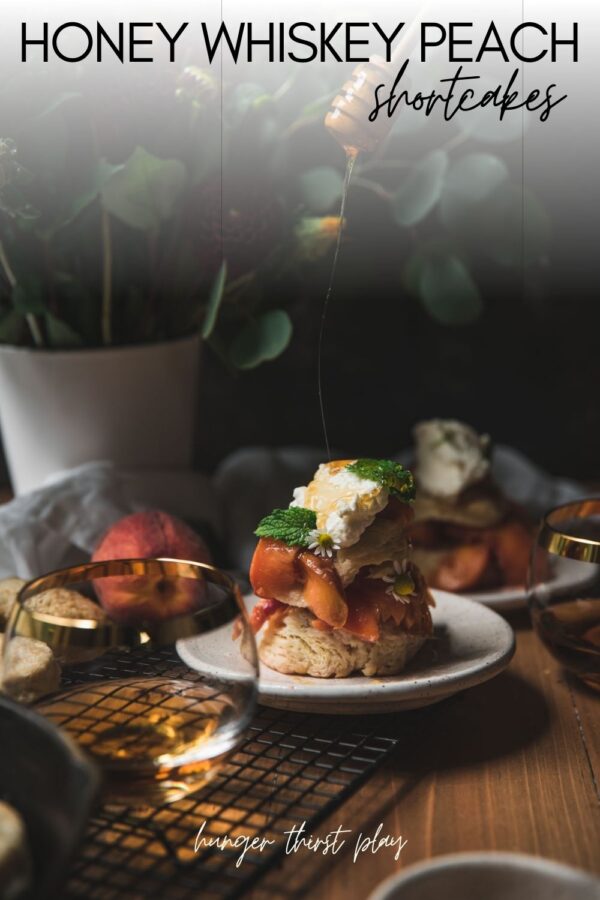 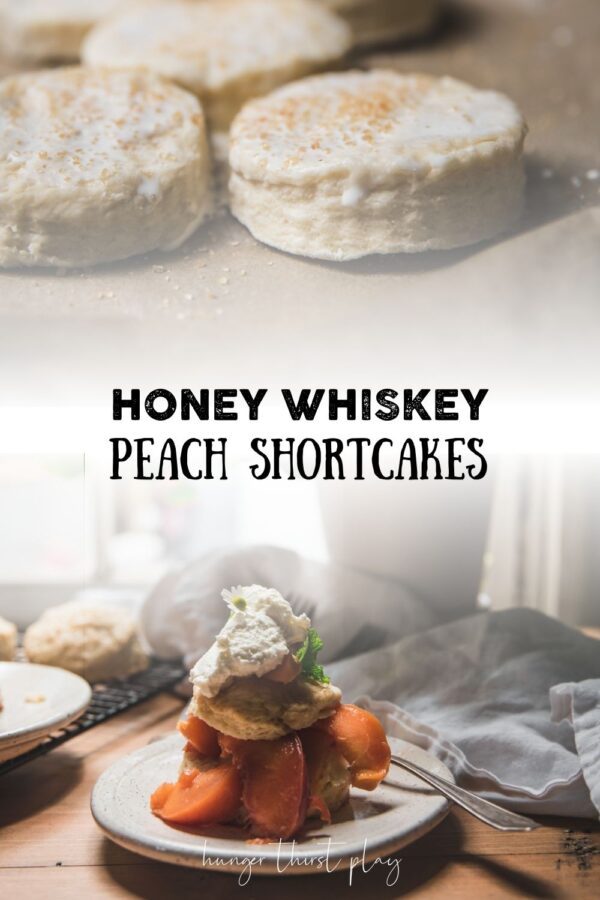 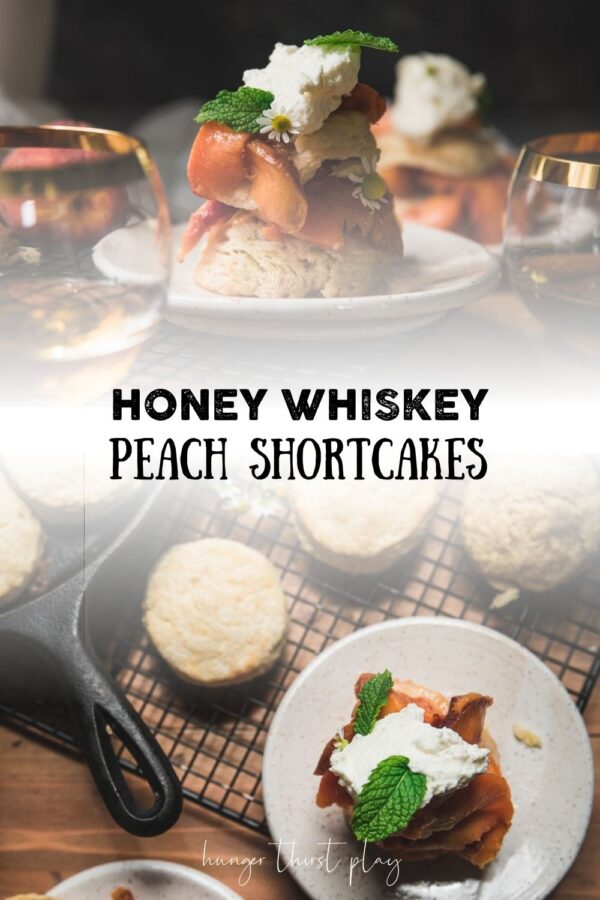 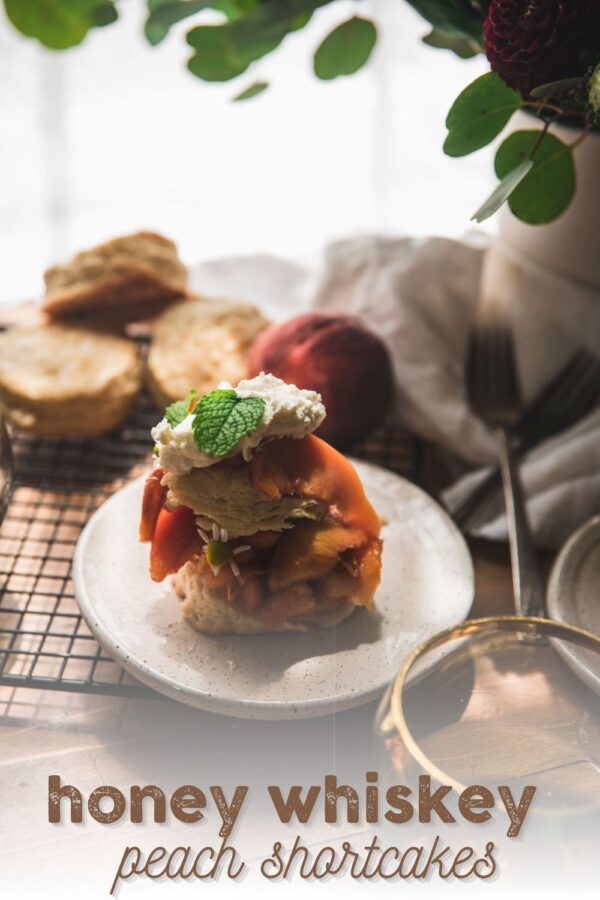 Buttery, flaky chamomile-infused biscuits surrounded by juicy whiskey-soaked peaches. Honey Whiskey Peach Shortcakes is a summer dessert you absolutely do not want to miss! The peaches are so easy to make and the chamomile shortcakes are absolutely divine!

Could I BE any more excited about this dessert?!

I took all the recipes in my drafts folder and told them to just shut it and wait because these peach shortcakes need to be out in the world. It is peach season after all.

Here's why you're going to want to make this stat:

If you haven't made your own biscuits, I would highly recommend doing it. If you've made pie crust before, biscuits are pretty similar, and being able to infuse them with different flavors - like the mellow, flowery flavors of chamomile - makes the possibilities pretty endless.

Do you know what else I adore about this summer dessert? You don't just have to eat it for dessert.

Weekend breakfast or brunch I'm looking at you. And technically I ate mine for lunch after photos and for this, I have zero regrets.

Anyways, let's chat about what you need to know to make these peachy delights so you can be on your way to happy belly city.

Can you make peach shortcakes in advance?

Yes! The shortcakes can be made the day before. I would highly recommend warming them up in the toaster or oven before serving. Just wait until you are going to eat the shortcakes before assembling them.

Why do they call it a shortcake if it's a biscuit?

Well, it depends on where you are. If you're in the United States, our biscuits are layers of flakey dough and butter that are a bit crumbly. Biscuits across the pond are what most Americans would call scones.

Shortcake refers more to the fats used to create the dough than the small stature of the pastry. Most baked goods were made using some sort of shortening or butter - hence, short cake.

But the term 'shortcake' does get its roots from England with the first shortcake recipe being dated as far back as 1588. So you can truly consider this a 'classic'.

How to make tea infused biscuts...or just make them regular

They are soooooo good, but if you're not a fan of chamomile you can just use regular milk. Or if there's another tea you like, go ahead and substitute that for the chamomile. Chai would be an excellent option!

The only extra step to making the chamomile shortcakes is that you need to steep the milk and the chamomile. I like to use loose dried chamomile flowers (affiliate link) rather than bags. Just bring the milk to a simmer and steep for about 5 to 10 minutes before straining.

Tips for infusing teas and baking:

I like to approach my biscuit making the same way I make pie crust. I grate the frozen butter, usually using the grating attachment on my food processor because it is *chefs kiss* easy.

In a bowl combine all your dry ingredients, add the grated butter. Dig your hands into the bowl under the flour and lift up like in the video. It's more of a tossing motion.

Once the butter and dry ingredients are mostly combined, just add the chamomile milk and repeat the process until you have a shaggy dough.

Turn out the dough onto a well-floured surface and press into a rectangle that's about ¾-inch thick.

Fold the rectangle into thirds, press out into a ¾-inch thick rectangle again, and repeat the process a third time before cutting the biscuits. You'll want about a 3-inch biscuit cutter.

While the chamomile shortcakes are a delightful part of this summer dessert, the whiskey peaches are the true show stopper here.

Slightly boozy and the honey adds just the right amount of sweet without being too much. The natural sweetness of the peaches really shines.

Tip: You can simmer the peaches for longer to ensure the alcohol in the whiskey cooks off.

The only thing better than how delicious these peaches are is that it seriously just takes a few minutes to come together. Combine the peaches, honey, and whiskey in a large saucepan.

Tip: If you cook on a gas stove, be sure to use a high-sided saucepan so you don't catch the alcohol in the whiskey on fire.

Simmer the ingredients for 2 minutes and then let them soak overnight. That's it! So easy! 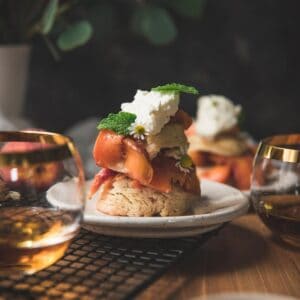