The easiest, most delicious fall cocktail is here. It's soooo close to being in your hand. You literally just have to pour it in the glass. This Apple Cider Pumpkin Shandy is fall in a glass that's not too sweet, nicely carbonated and full of apple and pumpkin flavor. 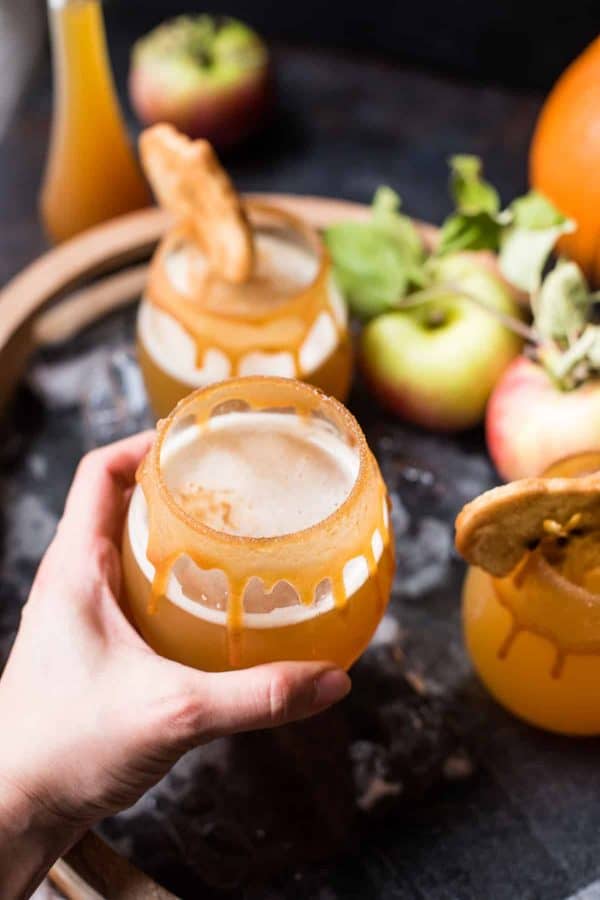 We're talking crunchy leaves, crisp air, plaid everything, football tailgating, play off baseball (Go Sox!),  let's get together and do all the fall things. 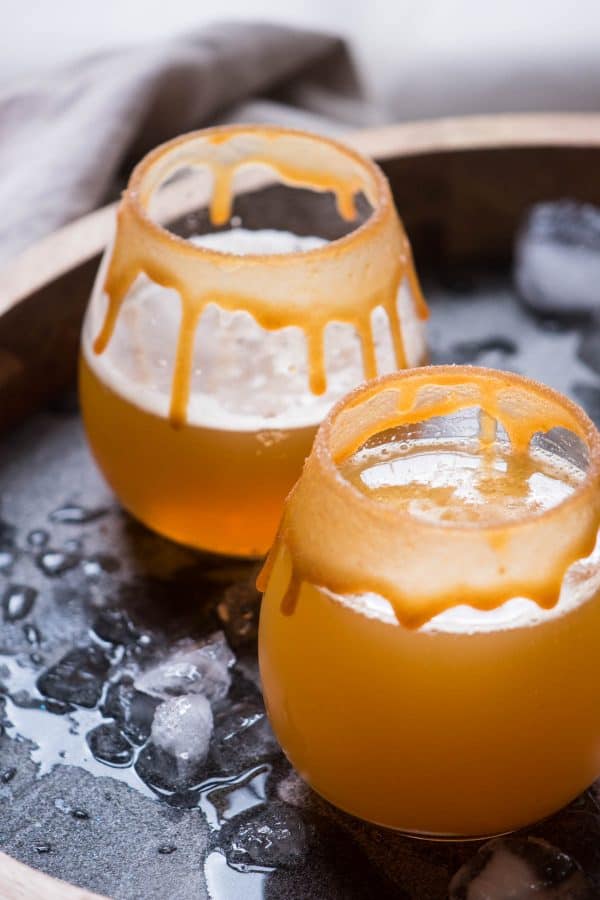 I started making Apple Cider Pumpkin Shandy drinks when I was bartending after Shea was born. With the two on tap it was easy to offer and everyone was usually on board.

The combo of hard cider and pumpkin beer made it possible to want more than one because it cuts the sweetness of the cider and made it cool for the guys to drink hard cider.

In the years since then, the stigma of loving cider has cleared. Isn't nice when we can just drink whatever the heck we want? Bring on the pumpkin and cider combos please! 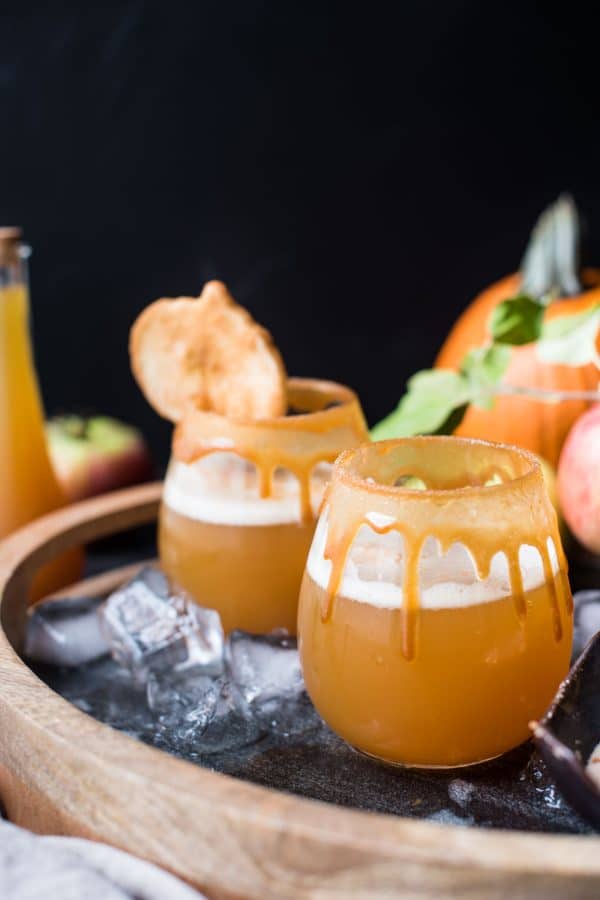 WHAT IS A SHANDY?

The standard definition of a shandy is when you take a regular beer and mix it with lemon-lime 'drink.'  The original shandy actually featured ginger ale, but most likely you'll see shandys being offered with lemon or other fruit flavors in the summertime.

By combining pumpkin beer with hard hard where bringing the fruit and beer together with a oomph.

You know how you're always like, "we should really get together" like a million times, but then you actually put it on the calendar? Now you're equal parts excited and what the F about preparing things to host said get together?

Ok, well if you're just plain into tasty, easy cocktails Apple Cider Pumpkin Shandy is the way to go. 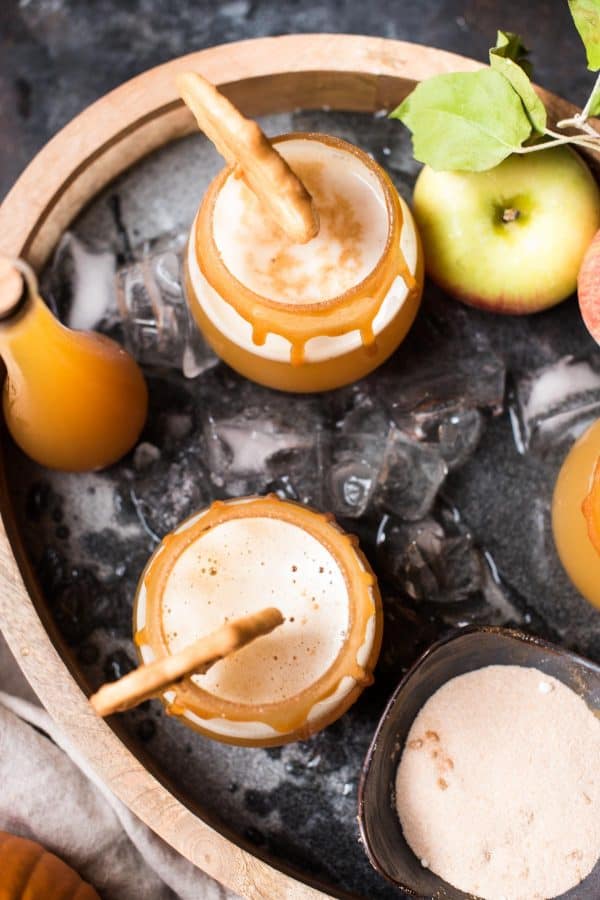 Ways to Upgrade Your Shandy

Hard Cider. Pumpkin Beer. They're like the fall, adult, liquid version of peanut butter and jelly.

They are also fantastic for tailgating or entertaining (see above.)

Two ingredients...well unless you want to up the ante. For that, try adding a little vanilla vodka or maybe a splash of cinnamon whiskey. Cause, you know, football games are cold and stuff. 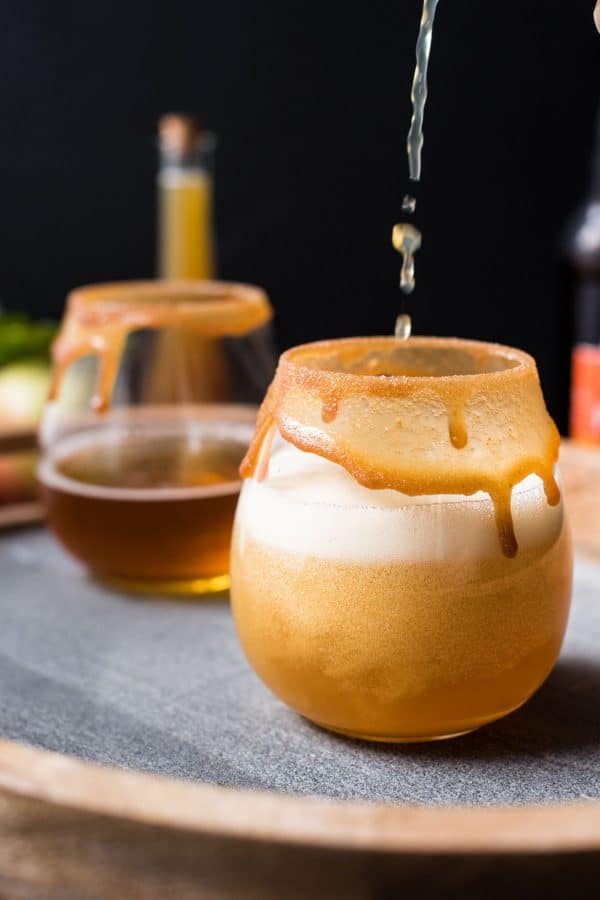 While it's probably not practical for the tailgate, if making these at home the cinnamon rim is a welcome upgrade.

Salted caramel sauce makes for a thicker binder that doesn't slip off the glass and get your hand all sticky, while pulling off some fancy drippy designs. It is a serious win for everyone.

No really, it's a win. For all the fall cocktail lovers. Go out there and get that win! 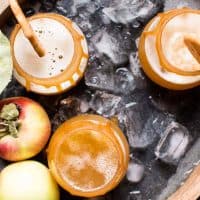 For hard cider, Downeast is my favorite.  It's unfiltered and full of real apple flavor. For pumpkin beer, I like Southern Tier's Imperial Pumpkin.  It's higher in ABV so it packs a little more punch, but the pumpkin flavor is really forward so it won't be masked by the hard cider. You can substitute regular apple cider for the hard cider if you're looking for a cocktail lighter in alcohol.  It will make the cocktail sweeter and less carbonated, just keep that in mind.