If you grew up anywhere near the New England area, chances are pretty high you've had a fluffernutter sandwich. After all it is the official state sandwich in Massachusetts! Each September there is an entire weekend dedicated to the beloved marshmallow spread called Fluff-fest right in downtown Somerville. Though the creation of the 'Fluff' company recipe originated in Somerville, Massachusetts rumor has it the original recipe came from Kendall Square. We'll save that juicy tale for another time. 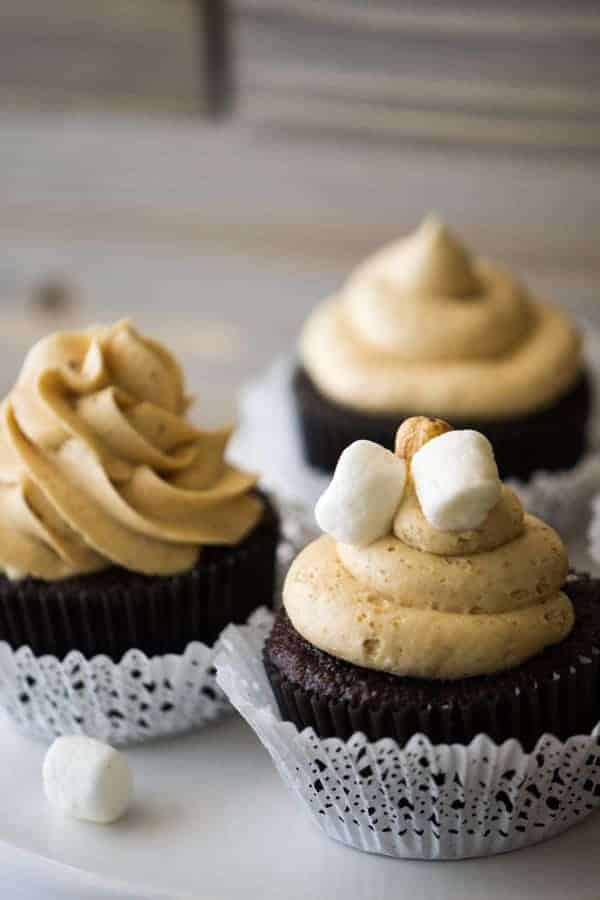 This state-wide favorite is a staple in early childhood meals or during winter time on top of hot cocoa. Everyone knows the pain that is the molten hot cocoa hidden under melty marshmallow spread. You might think its cool enough because you made it 15 minutes ago, but no.

Hot cocoa casualties aside, if you aren't familiar with this New England treat all you really need to know is it's spreadable marshmallow that goes perfectly with peanut butter. So why not turn those flavors into a cupcake? Mmm, yes please! 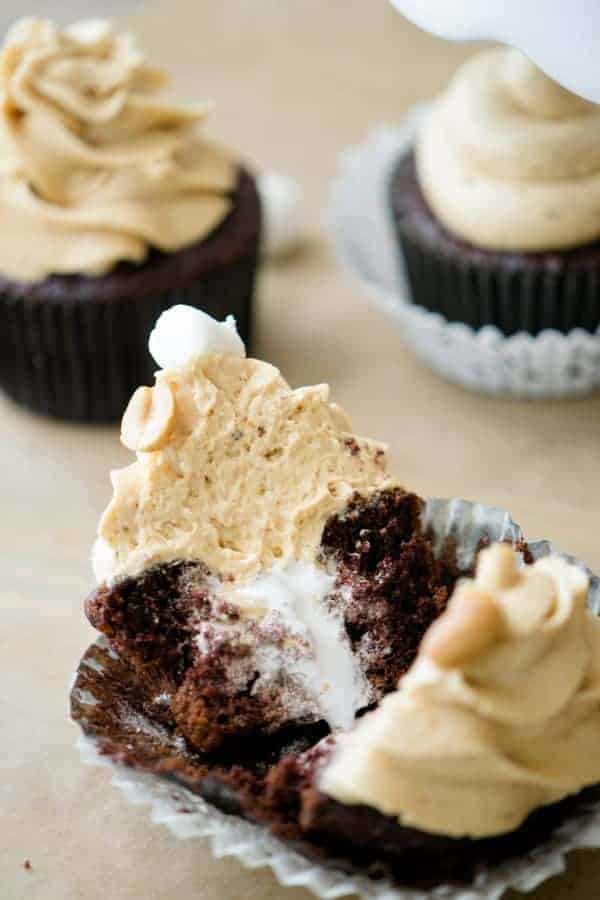 The chocolate cupcakes for this recipe follow a typical 'mud' cake method. They'll be rich, soft, and almost fudgy. Bare none, my favorite chocolate cupcake and perfect for supporting the gooey sweet marshmallow. After cooling, simply use either a cupcake corer or a large piping tip to remove the center and pipe with unadulterated Fluff. If this beautiful marshmallow creation is unavailable to you, you can combine regular marshmallows with a little unsalted butter over medium heat and mix until gooey. 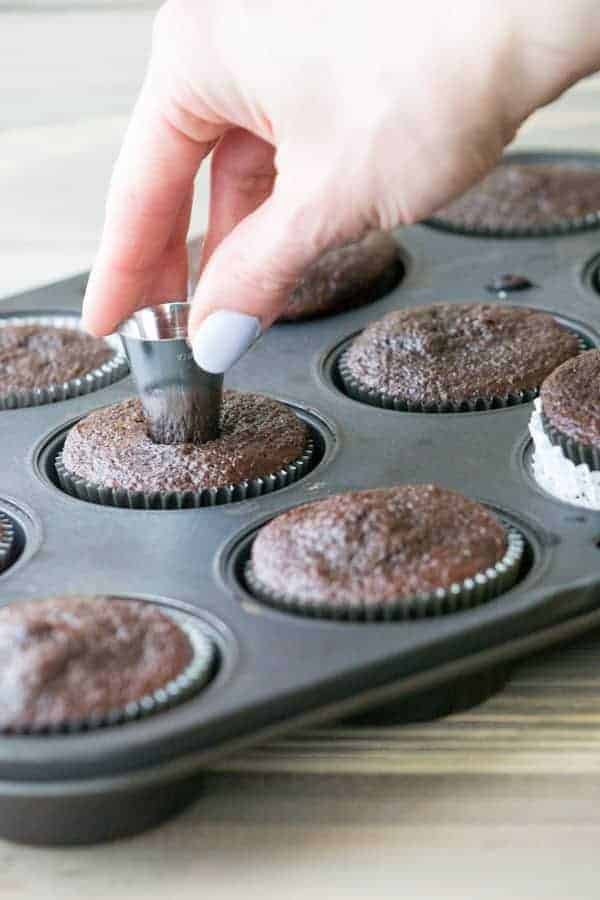 A large piping tip makes for a great cupcake corer. 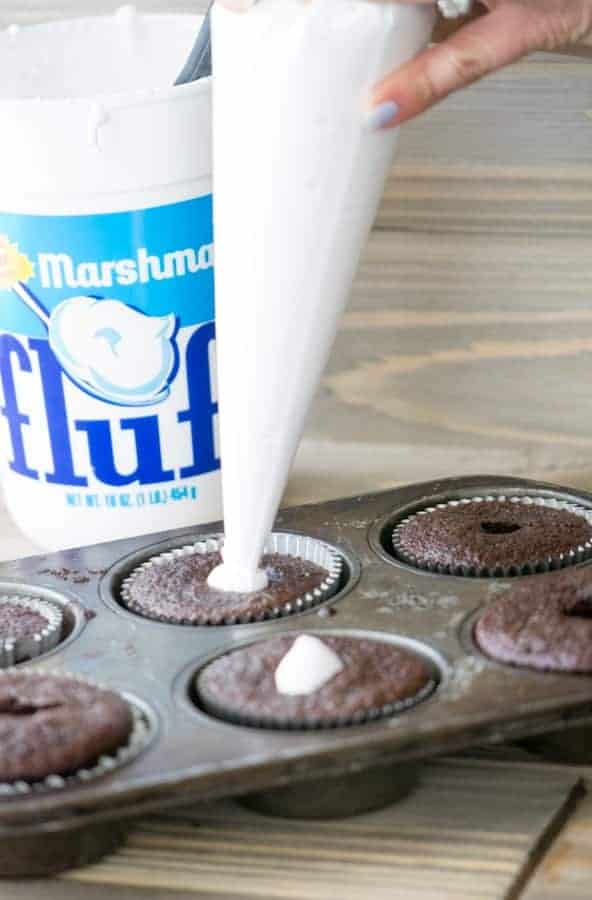 When it comes to frosting, a sweet and savory combination can be like a beacon of light when you're lost in a toothache-sweet sea. Let peanut butter buttercream be your lifesaver. And because this recipe produces 30 cupcakes versus the traditional two dozen, we need to make a little extra frosting. So you'll need 3 sticks of butter. 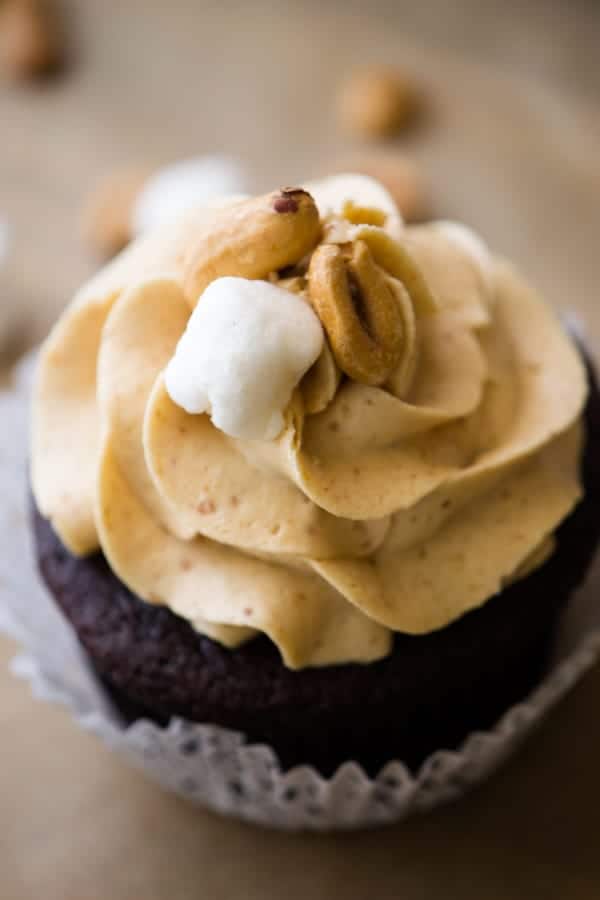 Let's talk PB. There are a lot of peanut butters out there. As I always say, use what works for you but first listen to my plea. The best peanut butter for this buttercream is an all-natural, fresh ground type. My favorite is Teddie's Peanut Butter. Not only is it made in the next town over (sort of), it's just ground peanuts, oil, salt. That's it. No sugar, just intense roasted peanut flavor. This style of fresh ground peanut butter will add substantial texture to the frosting and bring through peanut flavor like a freight train of goodness.

So in the spirit of National Peanut Butter Lover's Day, I say treat yourself to a dessert style Fluffernutter sandwich and make Fluffernutter Cupcakes! 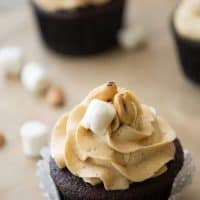