Baked stuffed clams – or “stuffies” as we grew up calling them – are a classic New England seafood dish loaded with fresh chopped clam, buttery cracker crumb stuffed and aromatic sauteed veggies baked into a quahog clamshell.  It’s not summer without them!

To Cook the Clams: 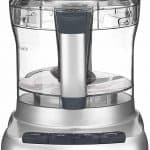